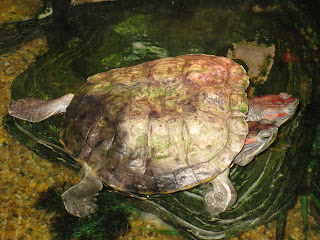 I have failed to post several outings we have had with Captain Cho, Dean's preceptor (or is Dean his preceptor?  I can't keep it straight, but he's a veterinarian) in the Korean army.  He is super nice and we love sight seeing with him, and his wife when she's not at work.  He and Dean had the same day off during the week before Christmas, so we went to the Co-ex mall with him and saw the aquarium, including this two-headed turtle. 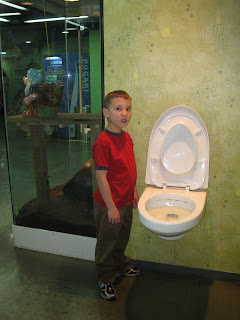 The aquarium was creative and made little aquariums out of everything they could think of. 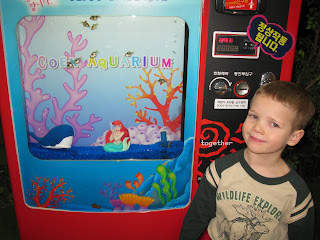 There are fish in each of these pictures - coke machine, kimchi pots, toilet, appliances, and many more items not pictured. 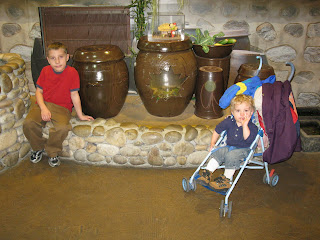 Look close - the fish are swimming around. 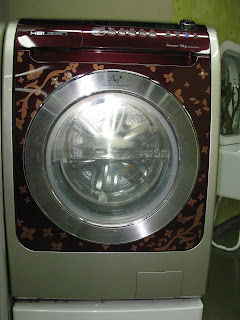 I always get a kick out of the parking folks who are dressed like this.  Captain Cho wondered why I would take a picture of this guy - it's so common place here to have the parking helpers (ladies included) dressed up like this. 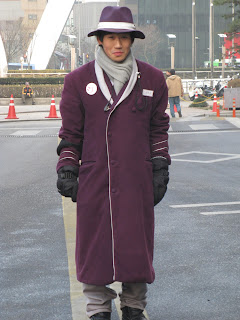 Across the street from this mall is a Buddhist Temple.  It was free, and frankly I prefer to see stuff like this over aquariums that cost a fortune. 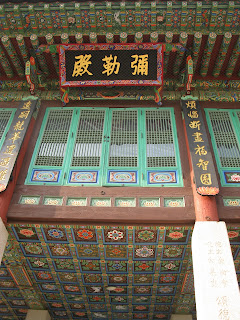 This is a view while passing under this building which is on stilts (or columns or whatever). 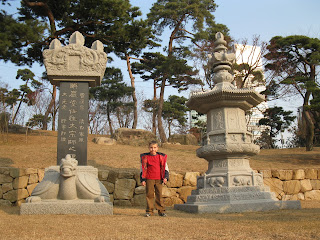 These are tombs or head stones or something along those lines, memorials to high ranking monks. 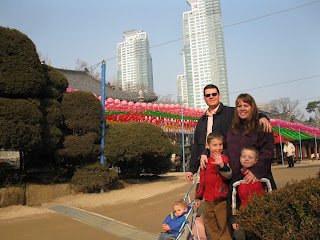 There was a lantern festival recently, and these hanging lanterns were lovely.  The apartment building in the background is really high end.  Captain Cho said the units go for about five million dollars a piece.  Yikes! 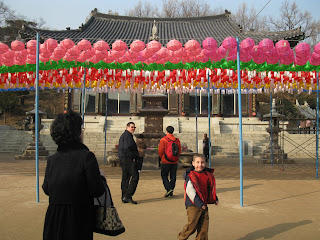 We ate at Jackie Chan's restaurant in the mall for lunch.  It was yummy! 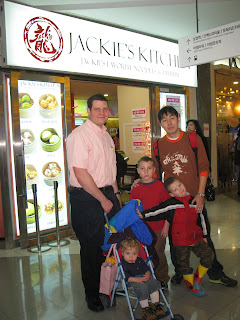 Posted by Living Lavallee at 4:56 PM

Jealous - I've been wanting to eat at Jackie Chan's!:)