We recently had the glorious opportunity to attend a weekend marriage retreat sponsored by the army, so we jumped all over it.  We even managed to find babysitters for the children, which was the only hurdle and expense, other than souvenirs and such.  We were bussed with 10 other couples, a chaplain and his wife to the British hotel, the Kensington, on Mt. Sorak early on a Friday, and returned Sunday. 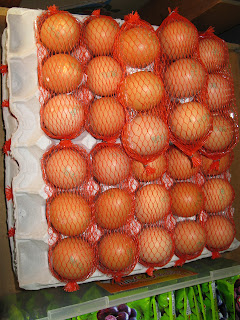 We patronized a rest stop along the way, and sampled some interesting snacks (not these, actually, but they were available).  These are mostly dried sea creatures. 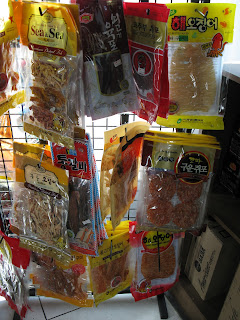 They sold three packs of eggs on the shelf (unrefrigerated).  That's how eggs are sold in Brazil, too.  Hence, I don't get excited about the eggs if the power goes out...
We attended several marriage seminars, which were all useful and interesting.  We were serenaded at dinner both nights by a saxophone dude.  The meals were a mixture of Korean and Western foods (Kimchi at every meal, etc).
I tried frog legs for the first time.  They more or less tasted like mildly fishy chicken. 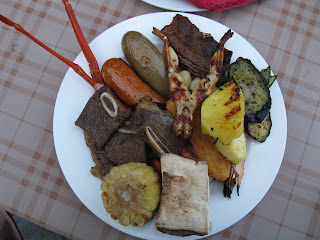 The scenery was gorgeous.  It was a refreshing relief from all the cares of our little world. 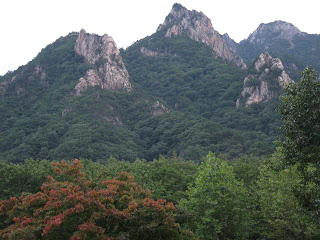 There was beautiful furniture galore in the hotel.  This piece is a throne chair. 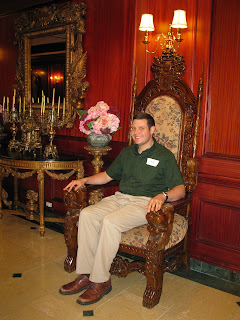 On a hike to a waterfall (I think it has been years since we've really hiked - it's hard to do with small children) there was a group of older Korean ladies having quite the time of their lives.  I haven't ever been to a Peyote Meeting, but if I had to guess, this likely resembled one.  One the way up we saw the group of women sitting around a campfire, though no fire at the time.  They were laughing and having a merry time of it.  On the way back these two ladies thought we were interesting and interacted with us as much as they could with the language barrier.  One was holding the other up.  Must have been some pretty good Peyote, or whatever they have here. 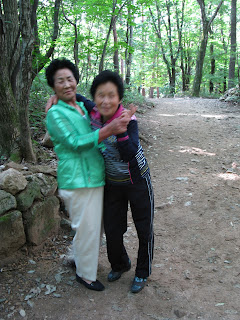 There is never a shortage of signage, and there was a life saver (just not visible in the picture). 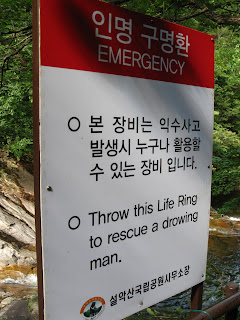 Here is the biggest bronze Buddah.  That would be me in the corner (not bowing). 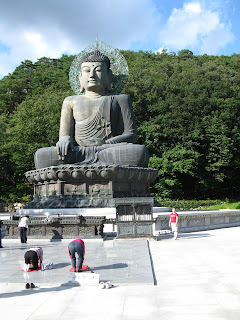 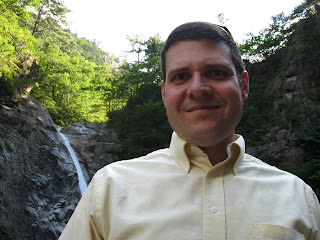 We made it to the waterfall.  We were planning to "renew our vows" here, which the chaplain offered to do for the couples.  We thought it would be nice to do in such a setting, in the tenth year of our wedded bliss, but alas, we forgot once we were there. 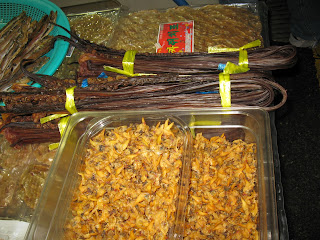 Those extension-cord-looking things in the back are dried squid or octopus.  A native Korean in our group insisted that we try a bite of hers that she had bought.  It was like trying to chew on a piece of salty leather.  I finally took it out when she wasn't looking. 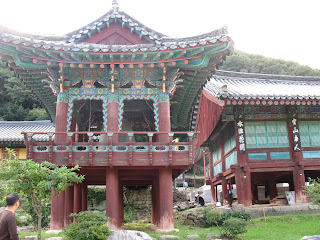 More of the temple 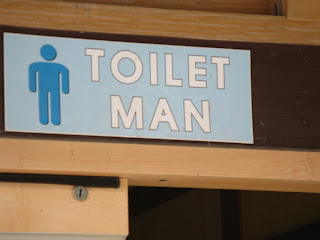 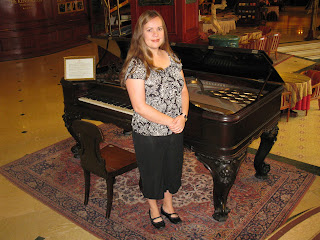 A square grand piano at the hotel 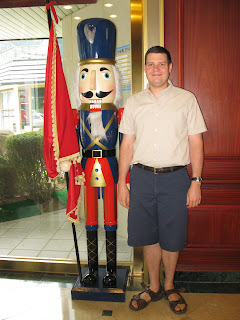 A giant nutcracker and a double-decker bus 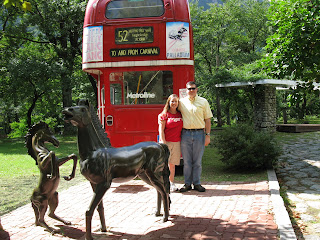 Posted by Living Lavallee at 1:32 PM

Fun Fun pictures. I'm glad that you had a great weekend. We need to try one of those marriage trips sometime.

I'm SO glad you went on a getaway. Refreshing aren't they? I wish I could have watched your babies. It looks like you two had a great time. Good for you.

When I see all the places youare visiting, I am so jealous! And then I see the food... and my stomach thanks me for staying in the good ol US of A! :)

Ditto Tiff! But glad you had a great weekend sans kids.