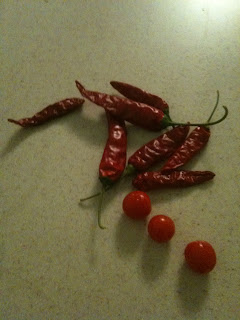 Ugh - I'm so behind!  I am finally getting with the program and am trying to organize the pictures on the computer.  That could take years, it would seem, with interruptions every couple of minutes from the demanding ones.  This is our harvest from last year :)  We are growing peas now, and hoping to eat them before the big move. 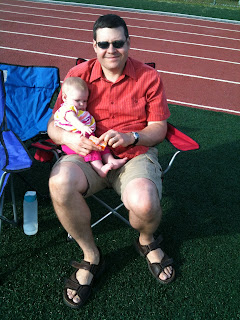 We went to an airshow at K-16 last fall.  Cambria seems so little here.  She is such a hungry girl these days!  We are astonished at how much people food she will pack away, in addition to nursing, and supplemental bottles when I'm weary of nursing. 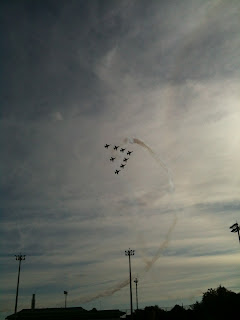 During the festivities at the air show, Hunter basically stood in front of the broadcaster/judge making himself known.  Everyone had raffle tickets.  The dude kept calling numbers that no one claimed, and Hunter was so enthusiastic that he finally asked Hunter what number he had, and repeated that back, so Hunter won a 50,000 won gift card (about $45) to a Nike store in Itaewon.  I took him there later and he got a backpack, to replace the one stolen/lost at school.  Hunter's charms worked! 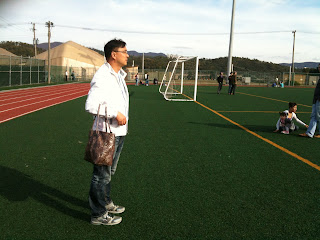 A phenomenon here in Korea is how effeminate the men can be, at least by straight American standards.  This guy is carrying a purse.  It is likely his own.  They also wear capri style pants in the summer, glasses with no lenses (for fashion), very styled hair, lots of pastels and sparkles (neck ties especially), etc.  Kyler tried to wear some pants to school the other day that are a couple of years to small, hence they came up about mid calf on him.  He tried to justify it by all the Korean men, and American women who wear cropped pants (such as myself).  Uh, no.  He had to change his pants. 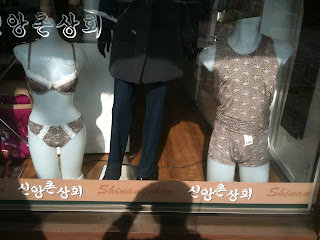 More matching his and her underwear. 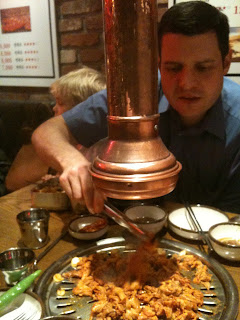 A typical Korean barbecue type meal, also known as a beef and leaf (or pork and leaf) because you wrap the meat you cook (or sometimes that the server cooks on the burner) in a variety of lettuce or leaves, with various sauces and garlic and onions that you can grill.  There are generally side dishes (kimchi, etc.) that come with the meals.  It is fairly labor intensive, at least when you're trying to feed several hungry children who don't do any of the work (wouldn't want them near the fire anyway).  And it's not terribly filling.  No wonder most Koreans are so skinny! 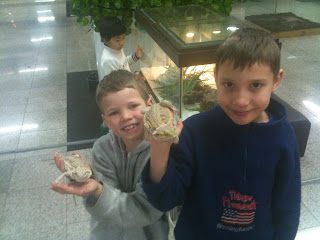 Dean took the boys to a subway station that was having a display of many animals, bugs, reptiles, big snakes, etc.  They thought it was great.  There were many dead animals amongst the living, likely from over handling by children and such.  This sort of thing definitely wouldn't pass muster in the U.S.  Have I mentioned how excited we are to get back to the U.S.?
Posted by Living Lavallee at 10:16 PM

His and Her underwear! An amazing idea!

Glad you updated--lots interesting things happening your way. What an experience for you even though I can imagine how nice it will be to be back in the good old USA!

Crazy how different Korea is from the US and even here.