We made it to DC, as did my mom, the week before our solo trip to Asheville. Dean picked her up at the airport there while I settled in our room with the kids. My dad, however, was having a bleed on the day they were to fly out from NM, so he didn't get to come. We were all disappointed, but carried on. Here's Hunter in front of the white house. The secret service dudes are visible on top. 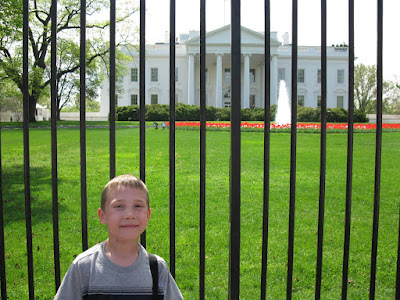 Tristan likes Grandma. He hadn't seen her since his second day of life. He makes lots of faces. 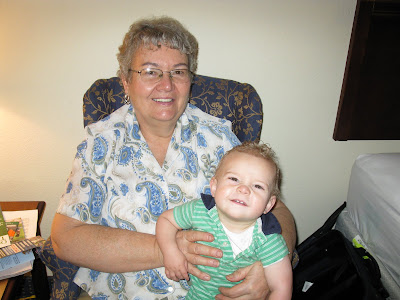 Tristan loves climbing in cupboards at home and in the hotel room. 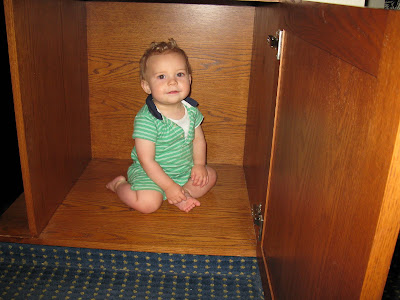 Kyler demonstrated quickly that staying with us was going to be a problem, so we used the leash for part of the day to convince him otherwise. He thought little of it, so once we took it off he was pretty good about sticking close by. When it was time to make the drive from NC, I had told him to wear sandals. He found some sandals from his past and brought them along. It wasn't until we were hours down the road that we realized what he had done (they were much too small for him) so we got some cheap flip flops at Target. He is obsessed with socks right now, so he wore socks with the flip flops. 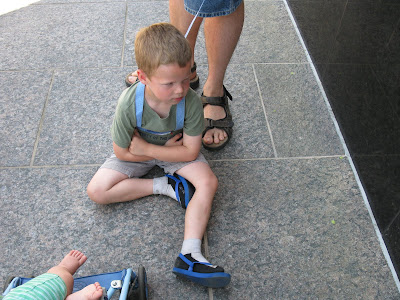 Hunter took off twice on the first day of touring around, so he ended up getting to wear the leash for part of the day as well (once I found him the second time). He was most embarrassed by it and made a point of not running off any more.

Here on the Potomac, Dean rented a pedal boat to take Hunter out on, since Hunter had been asking. One try, though, and Dean realized he couldn't begin to pedal. His knee is still pretty jacked up from the injury last summer, and he still doesn't have nearly enough range of motion after the surgery nearly four months ago. So, I had to go out and do it! That's not usually the sort of thing I do, but I managed to take Hunter and Kyler each out and we pedaled around. It was hard work (for me), but they enjoyed it. 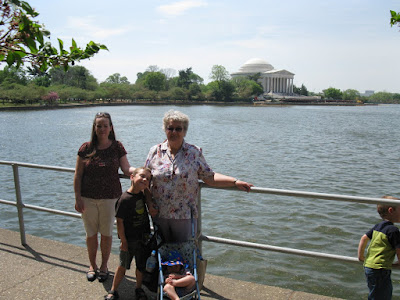 I believe this is a Smithsonian building, which memorializes Mr. Smithson. His crypt was inside. He was the benefactor that started the whole thing, even though he had never set foot in the U.S. He was later interred there, apparently. 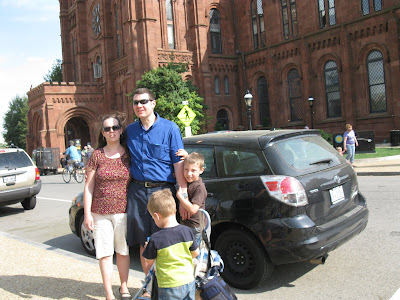 I thought these sculptures were kinda cool. They were near an art museum. My mom thought most of the art inside was atrocious (headless naked ladies and such). 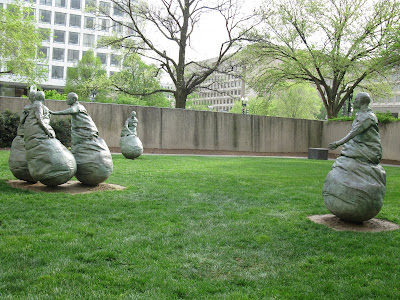 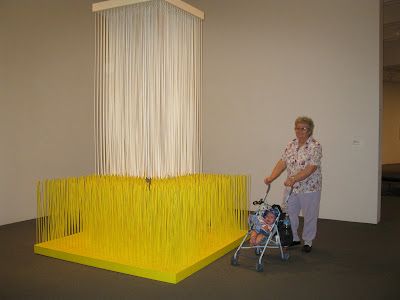 This is the National Cathedral. I love seeing big, amazing architecture, particularly churches. This was outstanding. I've always wanted to see it. 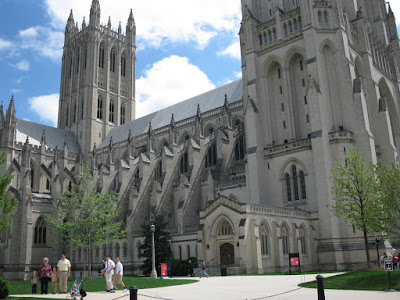 We made it to the National Zoo. I was the only one who stood in the looooooooong line to see the giant panda. It was nice that many things were free to see, however don't be fooled about the costs of visiting DC. We drove in to the capitol two days, and paid dearly for parking ($20 just for the zoo). Our hotel was about 10 miles east of DC. The prices, particularly during spring break and cherry blossom season, go up exponentially the closer in you get. We rode the "metro" (subway) one day, which was considerably faster than driving. It cost about $20 round trip for all of us during off-peak hours. At the metro station a guy asked Dean for money (you know, a panhandler). Dean laughed and told the guy to get some from Obama since he has a stash of it. The guy actually chuckled and went on his way. 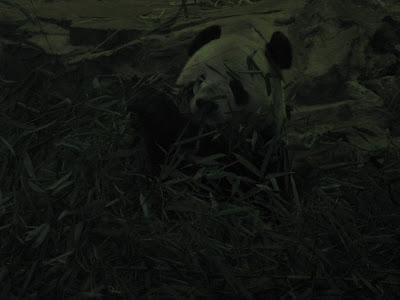 My Great Aunt Effie (43-8) trained pilots in WWII. We found her name here in an exhibit at Arlington National Cemetery. 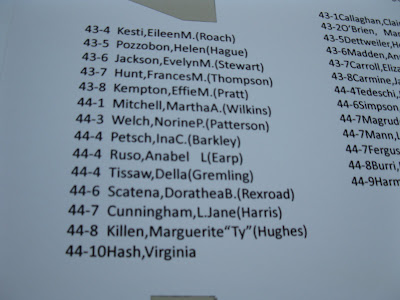 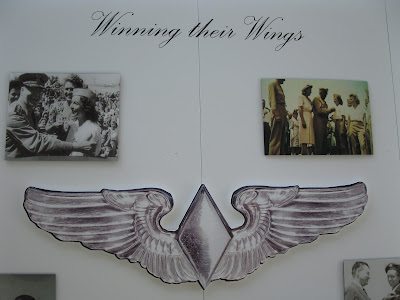 The cherry blossoms were blooming while we were there, and were beautiful. Here we are at Arlington holding up the foot traffic while someone offered to take our picture. 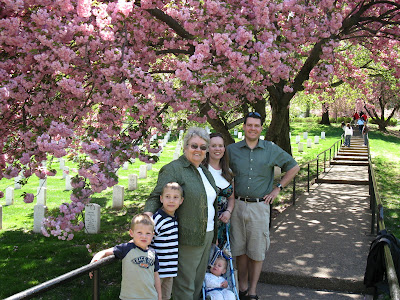 We happened upon the changing of the guard at the tomb of the unknown soldier at Arlington National Cemetery. 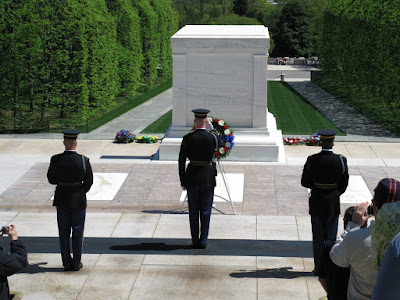 After three and a half days of the children stomping on Dean's feet as we walked for miles and miles, his sandal finally had it, falling apart . Fortunately the Arlington cemetery was our last sight to see. We did stop and visit my cousin Clint and his lovely wife Celeste and their little Logan on our way out of the area. Dean and I are ready to take a break from any more family vacations for a while, although we'll probably be making the trek to NM soon before we head to Korea. 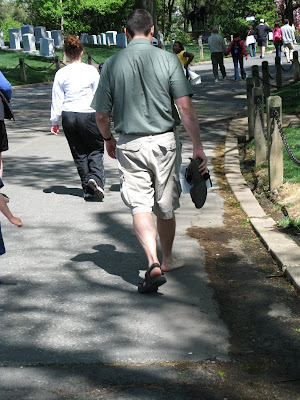 Posted by Living Lavallee at 12:21 AM

Do you think I'll ever get to go to Washington D.C.?

Beautiful pictures! There's so much to see in D.C. you could go back many times and not see it all!

I had a leash for Shawn too, he wasn't a fan either. Looks like you enjoyed it, though.

you sure rocked that city. very well done. you are all such good sports and you are teaching those boys wonderful lessons in traveling. it will be essential for some good times accross the world. good for you!