"Uncle Dusty" or "Uncle Bro" as he's known around here got married on Saturday, Aug 22 near Los Angeles, CA. He is Dean's brother, and we are so happy for him and Auntie Patti. The wedding was absolutely beautiful. 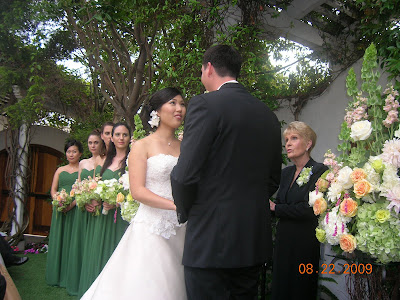 Hunter was the ring bearer, and thoroughly enjoyed hanging out with the flower girl. He performed his duties with style. While walking down the stairs to the reception to be introduced with the wedding party, he danced like John Travolta. With all his move busting he tumbled on the last stair or two, but quickly popped back up and finished his grand entrance.

Tristan was a hit with everyone and was on his best behavior. Considering that it was nearly 1am for us by the time we left the reception, Kyler and Hunter behaved tolerably - they could have been worse. Besides the flower girl, ours were the only children in attendance. 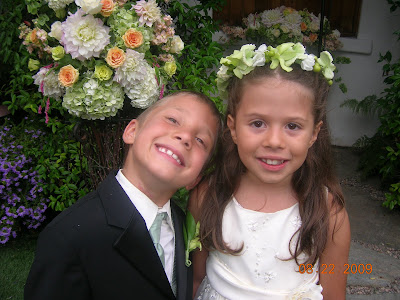 Here we are with the groom, Grandma Dee and David. 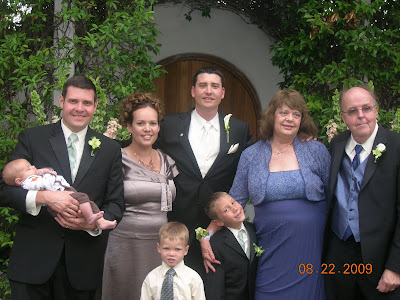 While in the area, we were able to see from a distance (behind Hunter's shoulder) the light house that Grandpa Norm (Dean's late father) lived in for a couple of years as a teenager when his father was in the Coast Guard there. 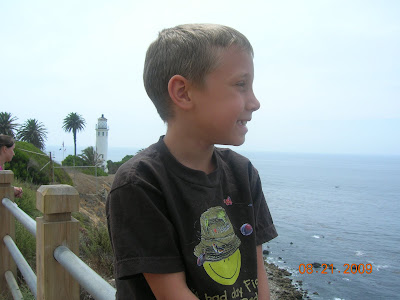 We flew overnight with a connection on the way back, which was hard on everyone, including poor Kyler here at the gate in Atlanta. It was a struggle to stay awake for the drive home from Raleigh on Sunday morning, but we made it and slept all afternoon. For the flight to LA, there was a loose screw on a panel of the plane which set off an alarm when they closed the doors before takeoff. We sat on the plane for a couple of hours while they tried to fix it, missing our connecting flight. We got rerouted through JKF in New York, and finally got to LA about eight hours late. Ugh. 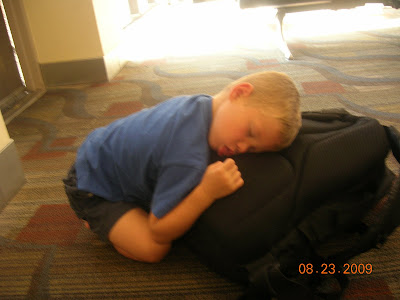 Posted by Living Lavallee at 8:51 AM

Great pictures!! What a beautiful family.

My goodness, what a miserable flight ordeal but glad you were able to attend the wedding and festivities. You're boys sound like real troopers!

Sounds like a travel whirlwind, but y'all looked great! Fun memories. The picture of Kyler asleep in the airport is too sweet. Welcome back....

Beckay - that dress is gorgeous!!!! Do I dare say that you look quite "smokin"!!!