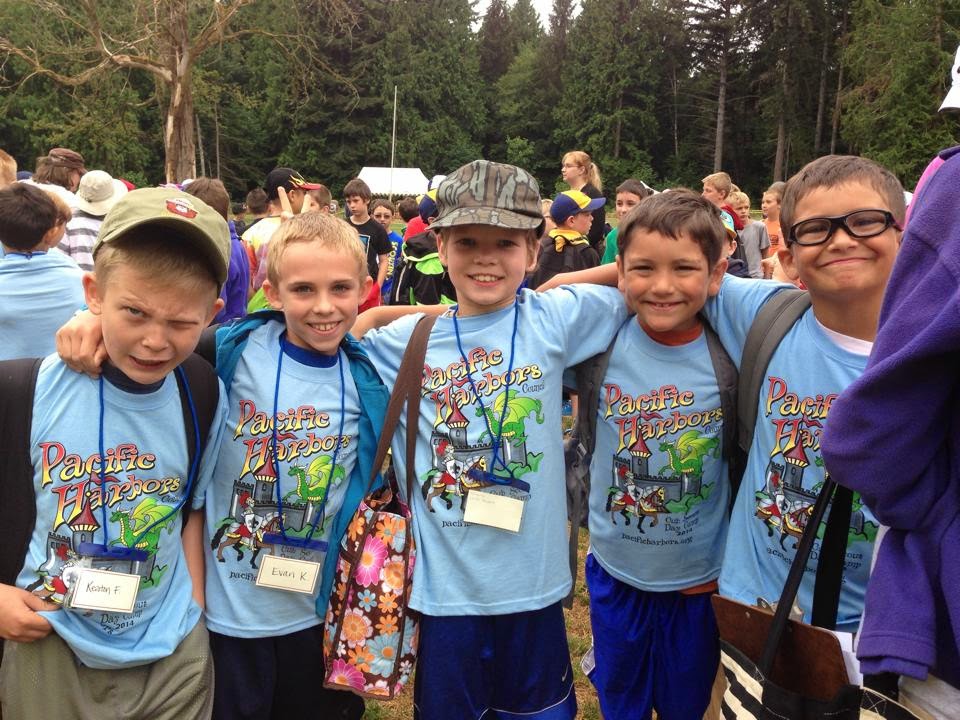 I cannot fathom how far behind I am in posting.  The best way for me to catch up is to just upload pictures and comment on them.  The summer has been great so far.  Kyler spent four days at cubscout day camp at Sehmel Park and had a great time. He requires much interaction with other people. 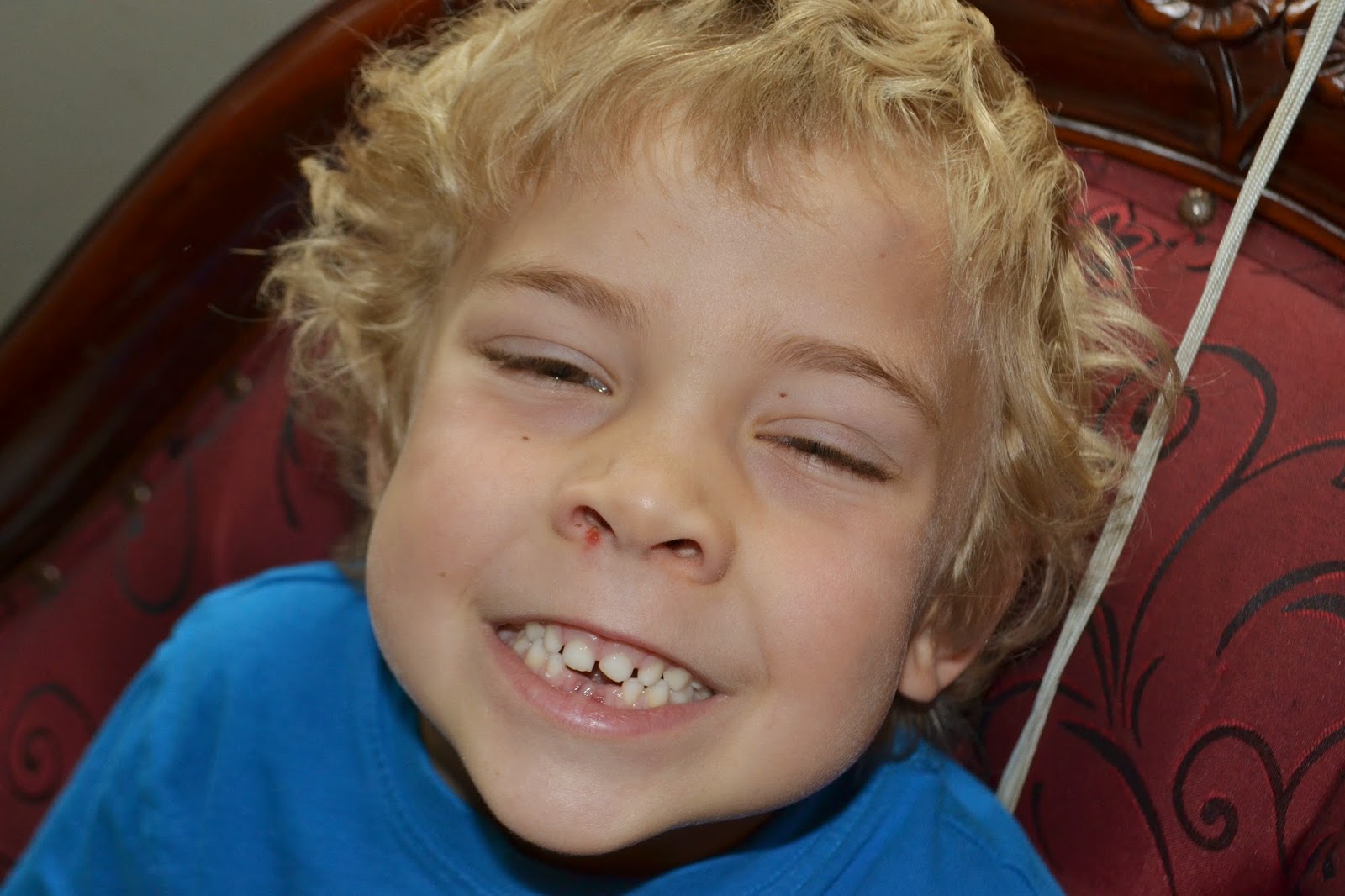 Before Tristan turned 5, he lost his two front bottom teeth, one after the other, without any fuss or nonsense.  I asked him what he wanted to spend his money on that the tooth fairy left.  He said Gogurt, but I talked him into yogurt.  I took him to the grocery store just for this, where he promptly lost his dollar that he had carefully put in a baggie with a piece of paper (this is the sort of thing he spends his days doing).  I paid for his yogurt anyway, and when I offered it to him at home, he wouldn't eat much of it.  Apparently he prefers Gogurt. 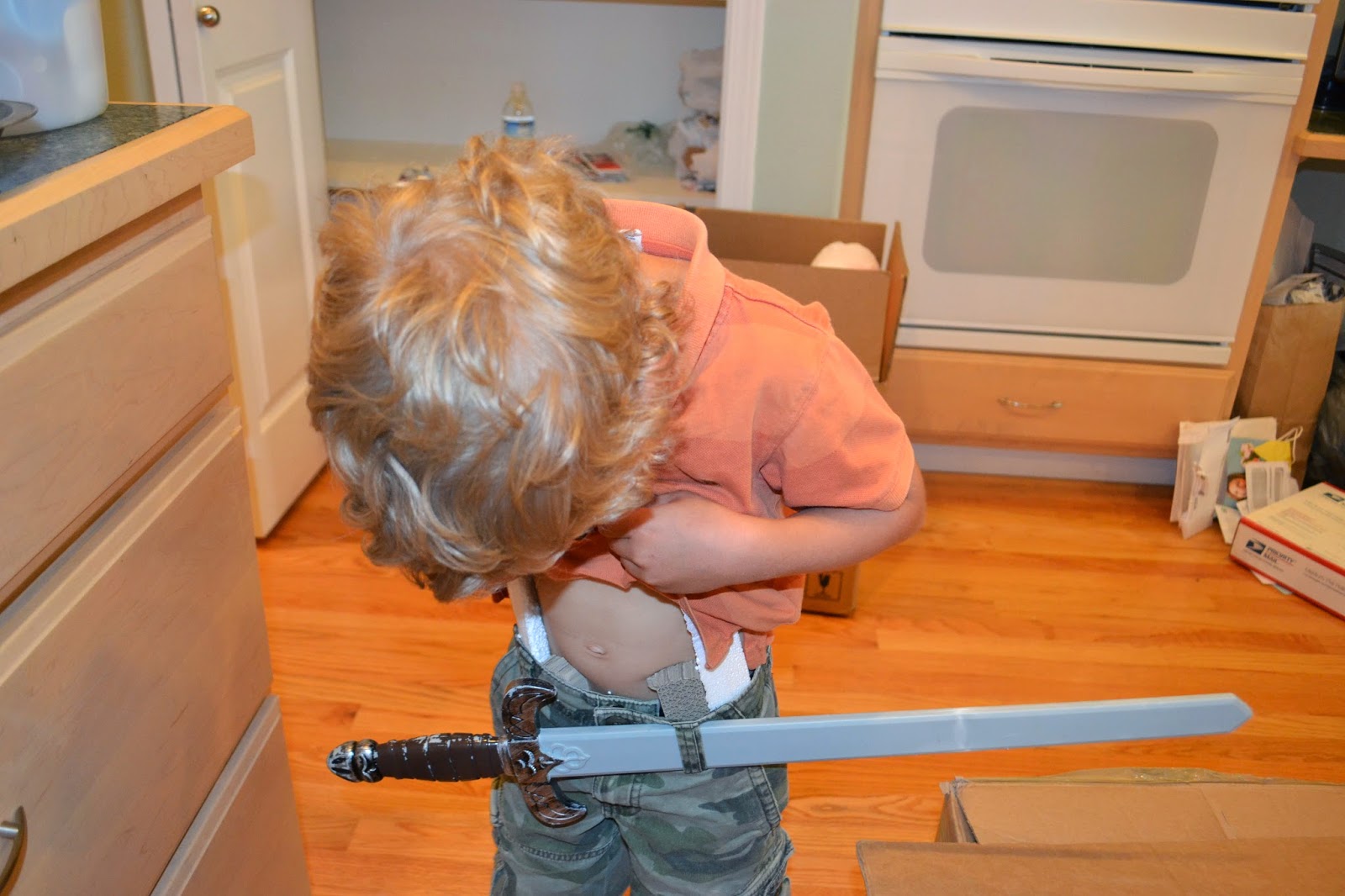 He also spends his days crafting weapons and attaching them to his person.  There are some cardboard ones there on his waist band. 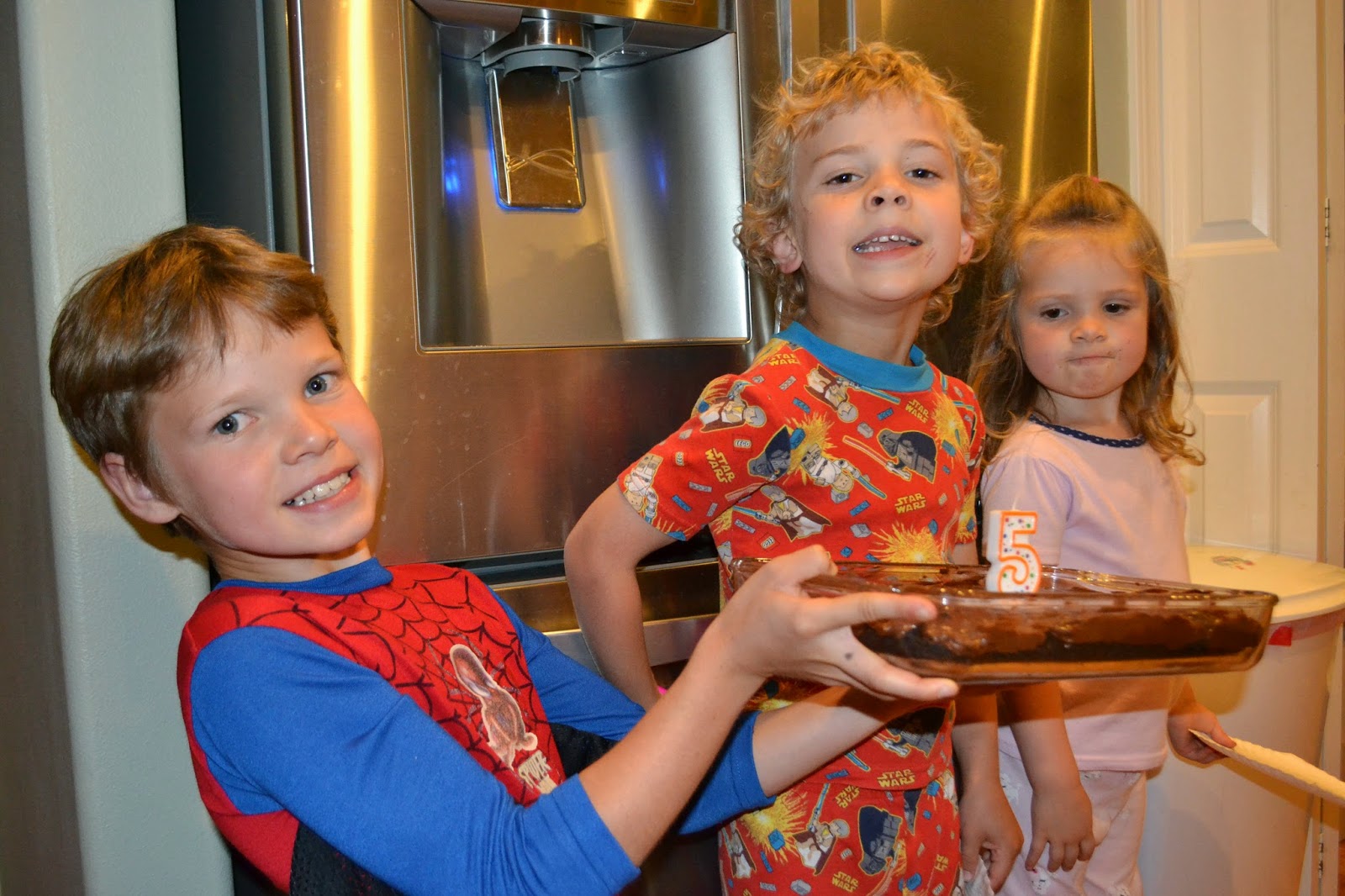 We did celebrate his birthday here at the new house.  He was excited to get a present from his primary teachers, and wanted to save it until his birthday.  Kyler doesn't possess such self discipline and promptly opened it for him, which really distressed Tristan, but we were able to keep him from seeing it and saved it for his birthday.  We were thrilled that Uncle Dusty and Auntie Patti, along with Baby Ava were able to come for the weend of the July 4th to celebrate his birthday and Independence Day with us.  Grandma Dee and David also came. 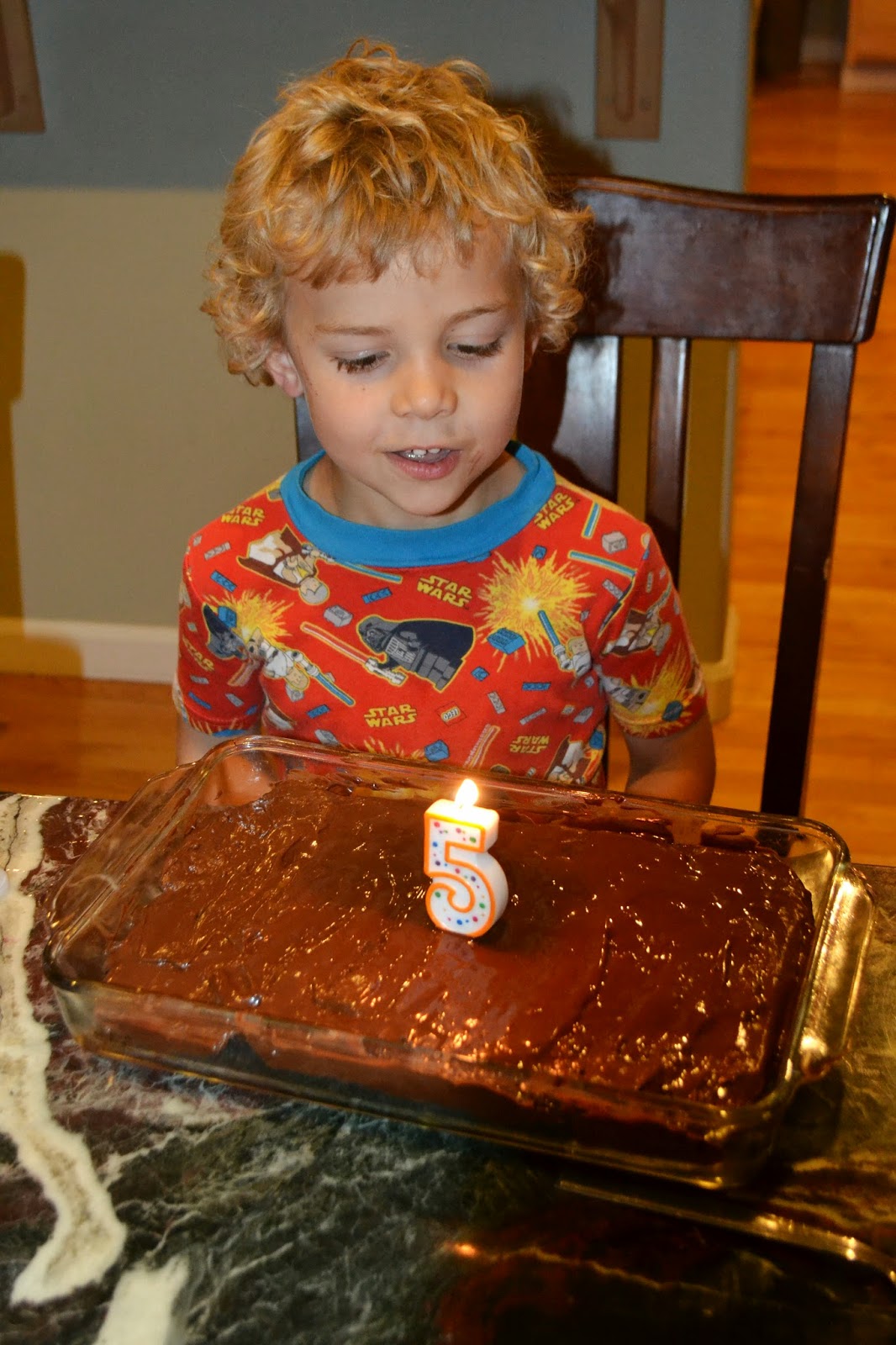 It is fun to tell Tristan that the fireworks on Independence Day are for his birthday, which is July 2. 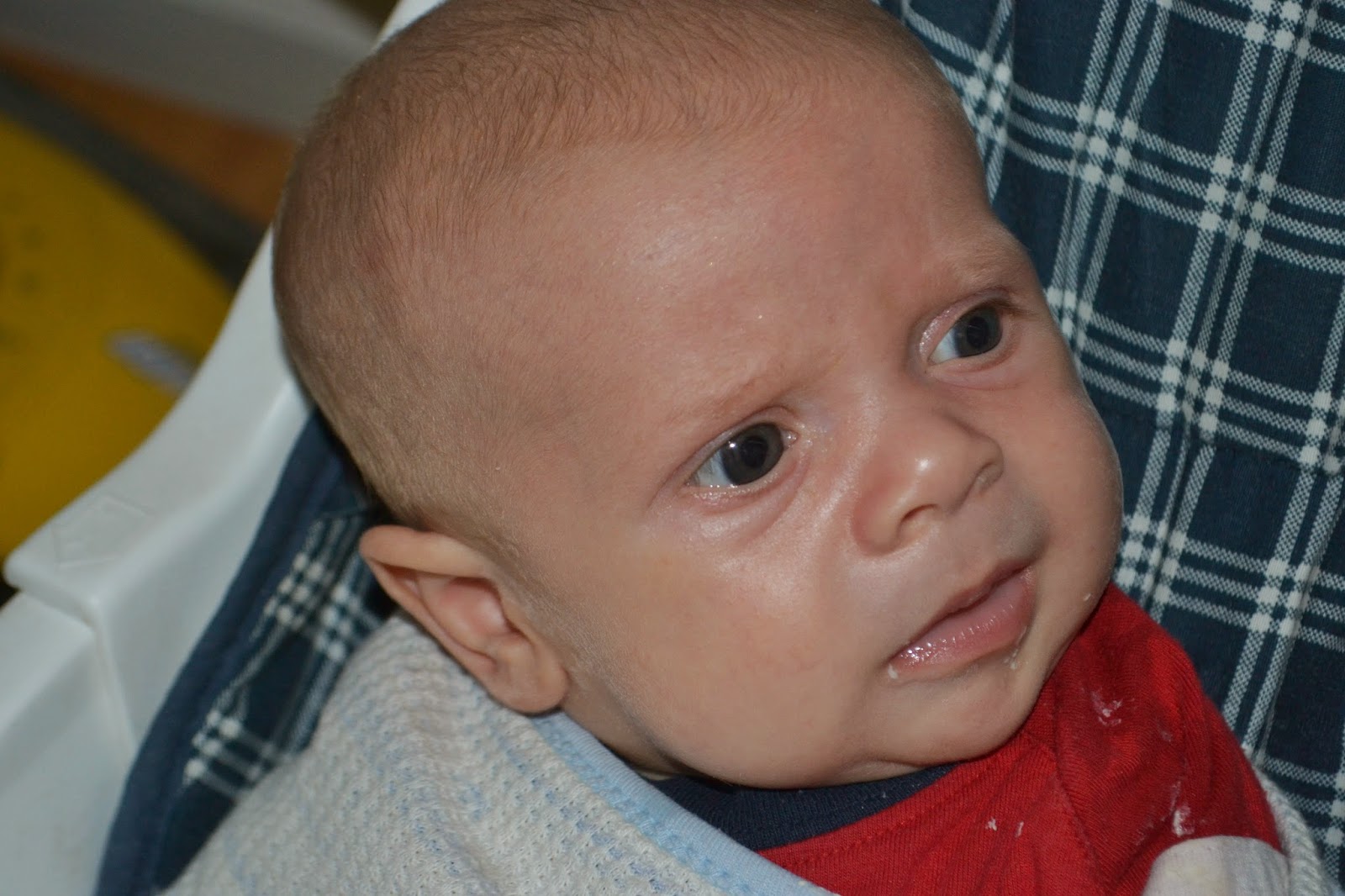 Mr. Ronan Troy is a doll, but usually has concerns, as can be seen here. 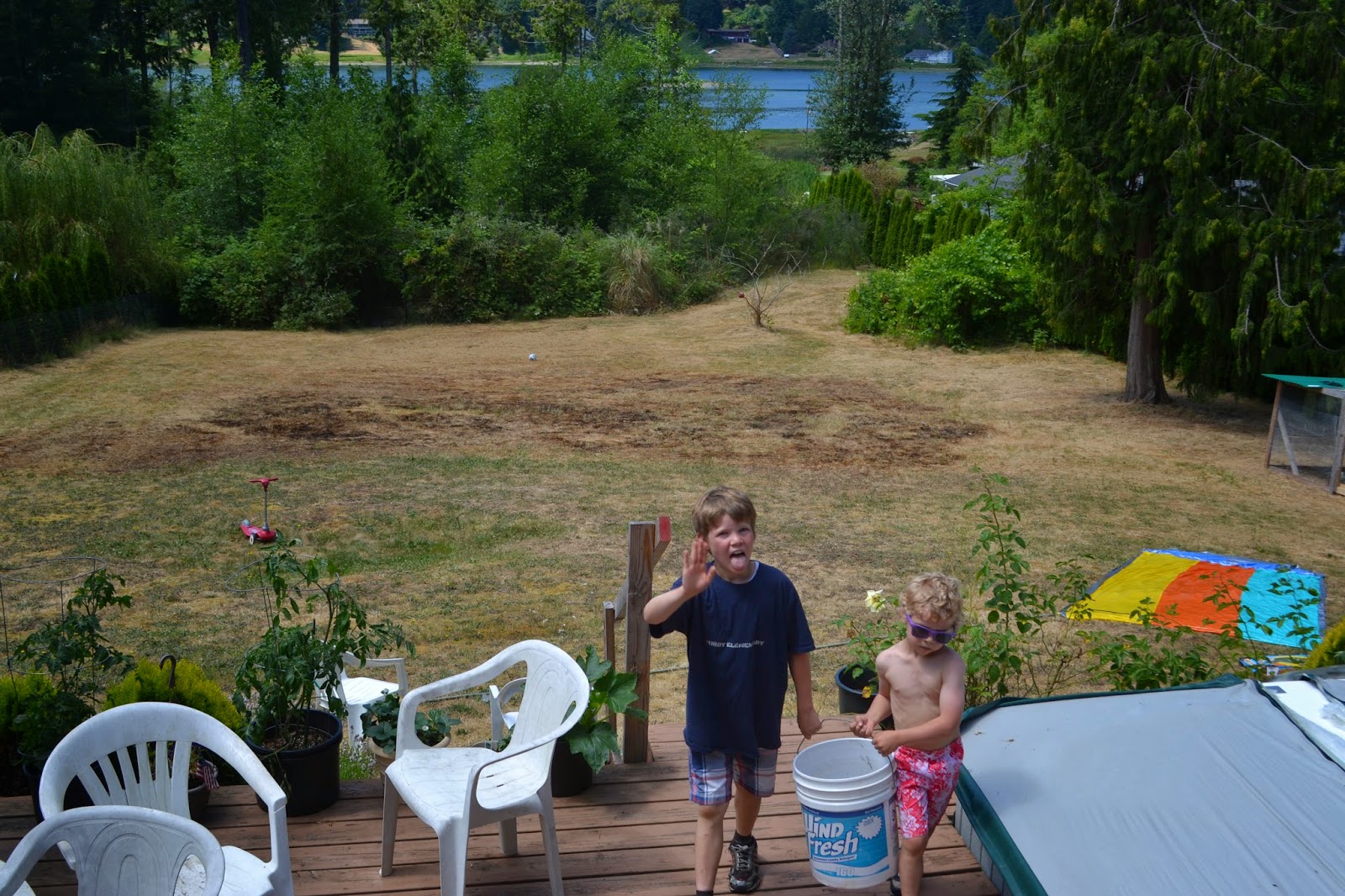 If you look closely in the picture above, you can see a bit of a brown circle in the "grass" (mostly weeds and dead moss).  On Tristan's birthday, with Grandma Dee and David here, Daddy-O had bought fireworks for the coming holiday and got into them just a bit.  A single smoke bomb thrown out in the grass started a fire that quickly got out of control.  Dean and the boys tried to put it out, but not having hoses set up yet to reach that far out into the yard, weren't having much success.  Our next door neighbors came running with their long hose and kept it from spreading to their property.  Dean said to call 911, and the Gig Harbor Fire Department arrived quickly and put the fire out almost instantly.  They were professional and friendly and didn't lecture us at all, which we appreciated.  It was a good thing that Dean had mowed down the tall weeds ahead of time, as the fire could have been much worse.  The house was a foreclosure, so a lot of basic maintenance (like mowing the lawn) weren't done. 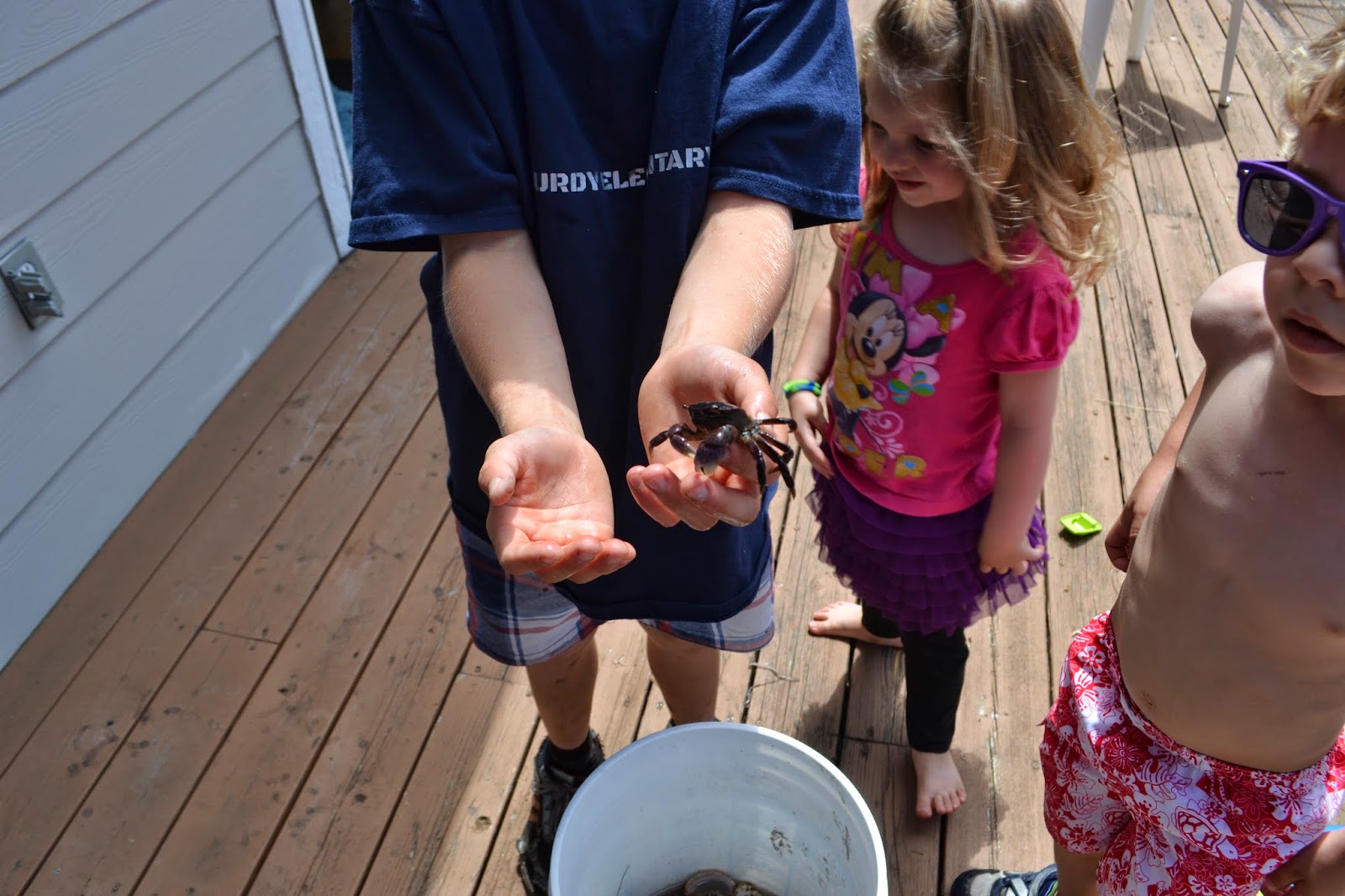 After moving in to our new digs on June 20 (two years to the day after we returned from Korea and moved into the rental house) Kyler and Tristan wasted no time in going to the beach and investigating the creatures there, and bringing some up to the house.  I had them take said creatures back to the water so they would live. 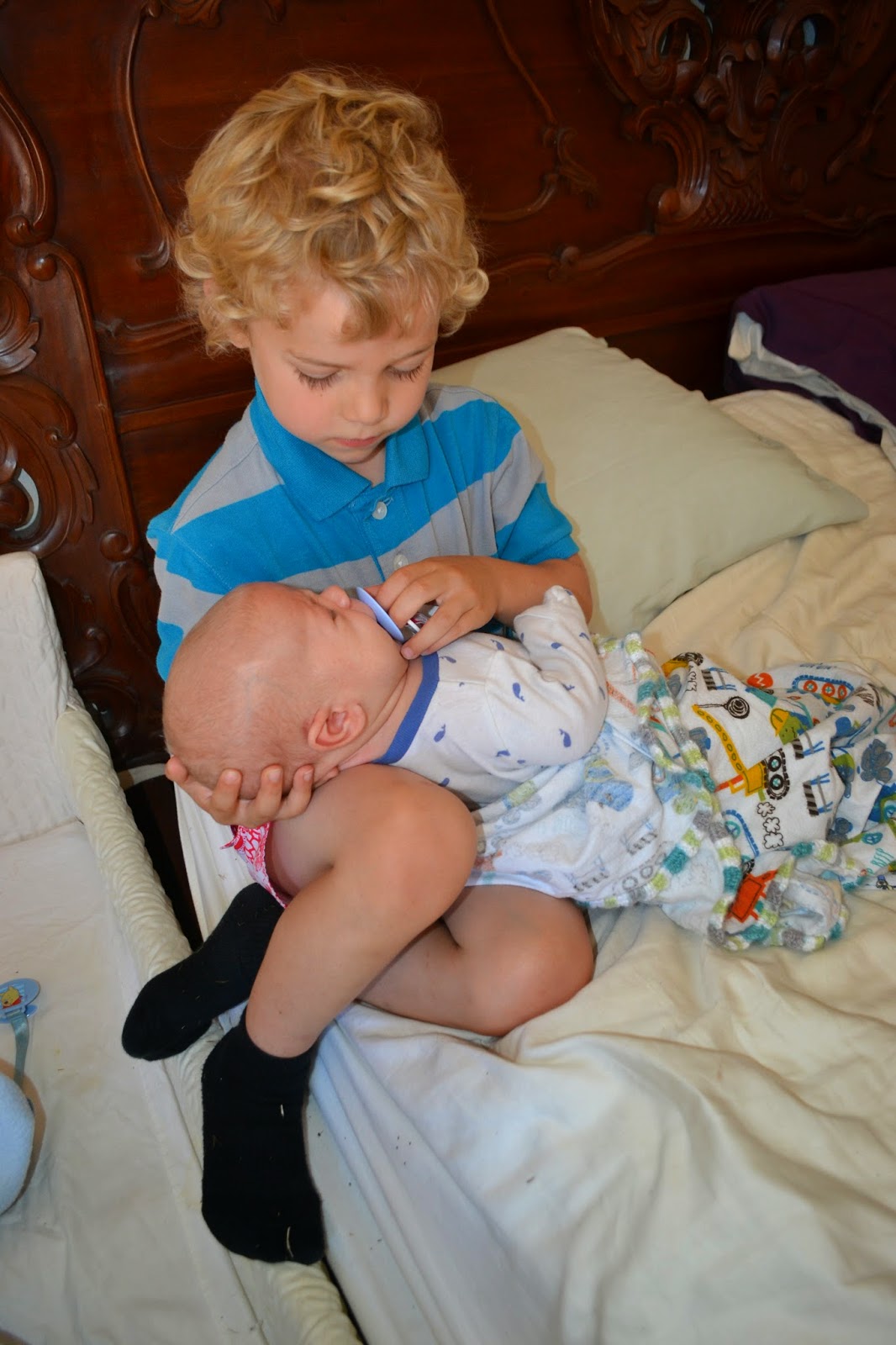 Tristan loves Baby Troy and holds him often.  Cambria and Tristan both love to pick flowers for me :) 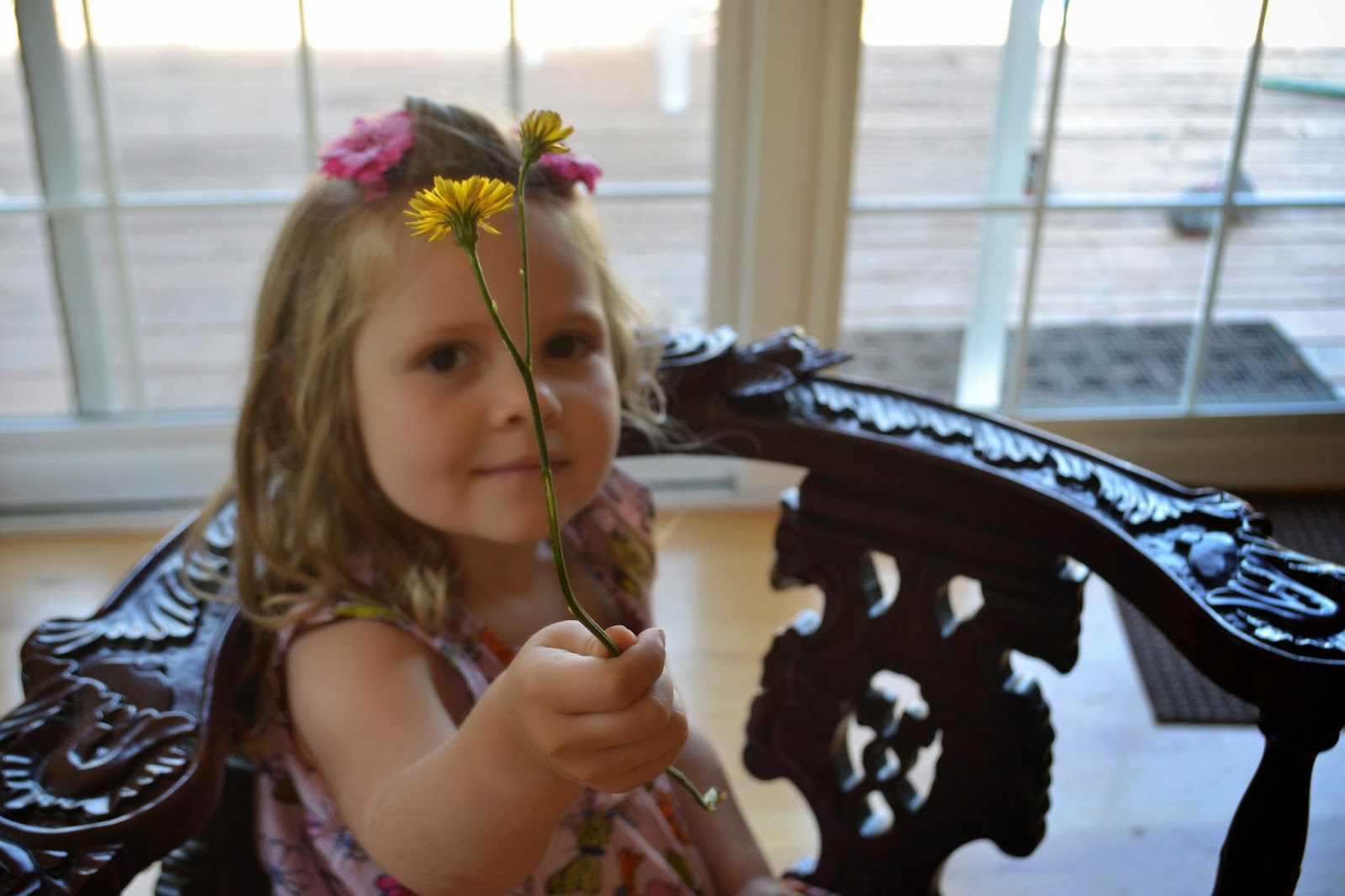 Here is part of our view - along with Tristan dressed in a sweater, hat and gloves in the summer. 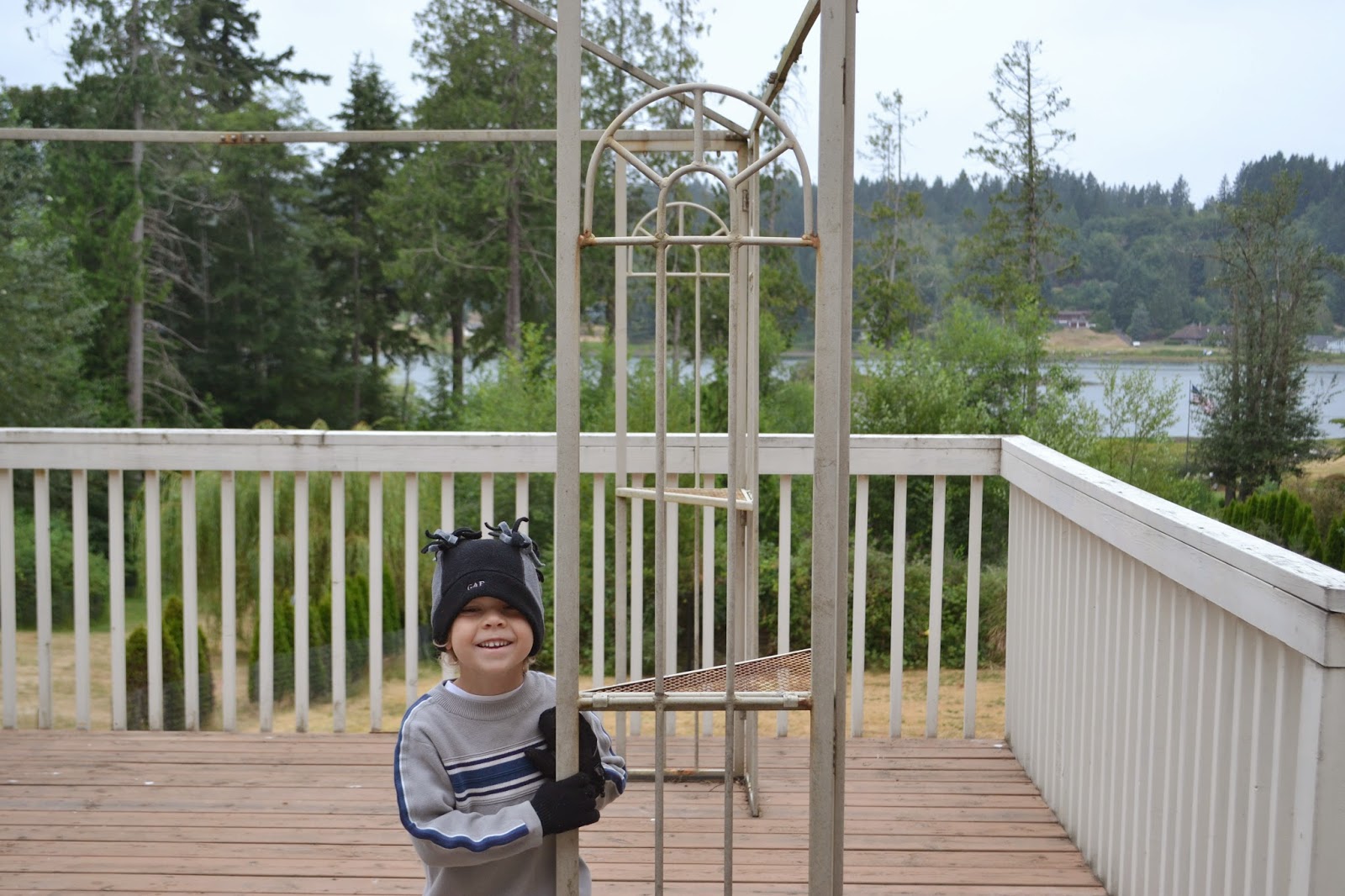 Troy loves to be swaddled, even if he looks mildly concerned. 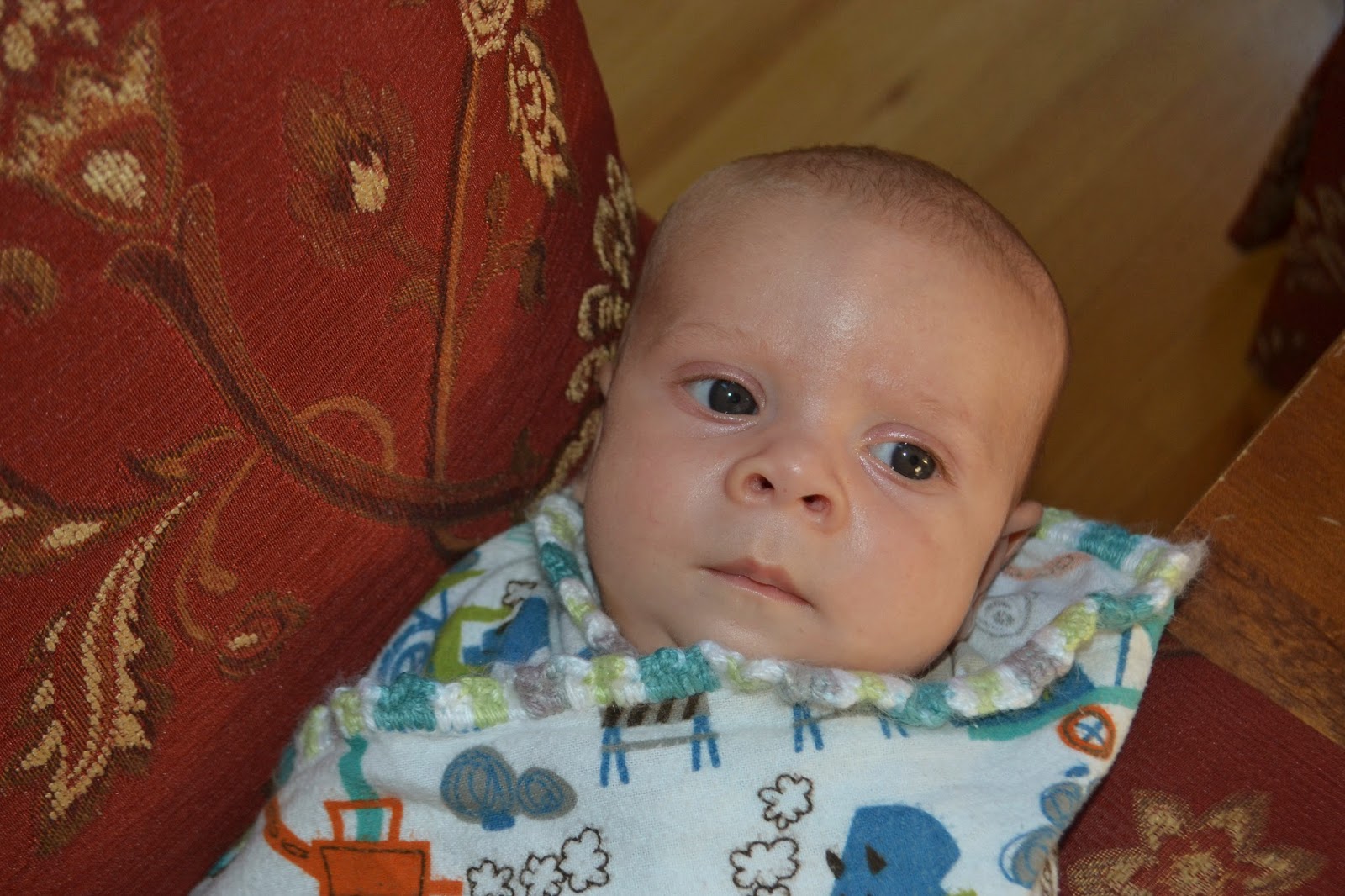 Hunter and Kyler both put a lot of effort into resisting hair cuts, but I managed to give one to Kyler shortly after this picture was taken and with much wailing and gnashing of teeth. 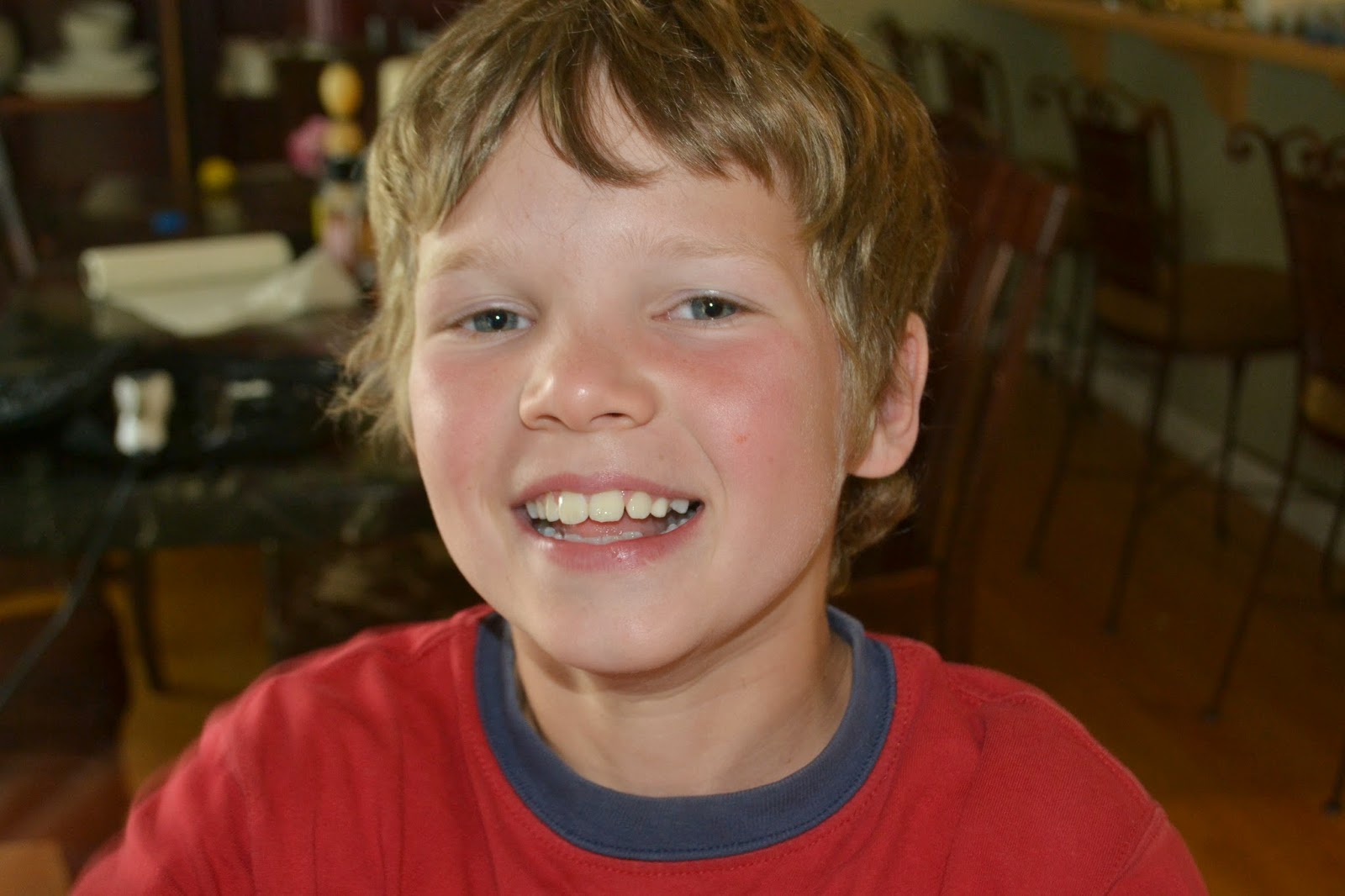 It's so fun to watch the wee ones suckle the see-through pacis :) 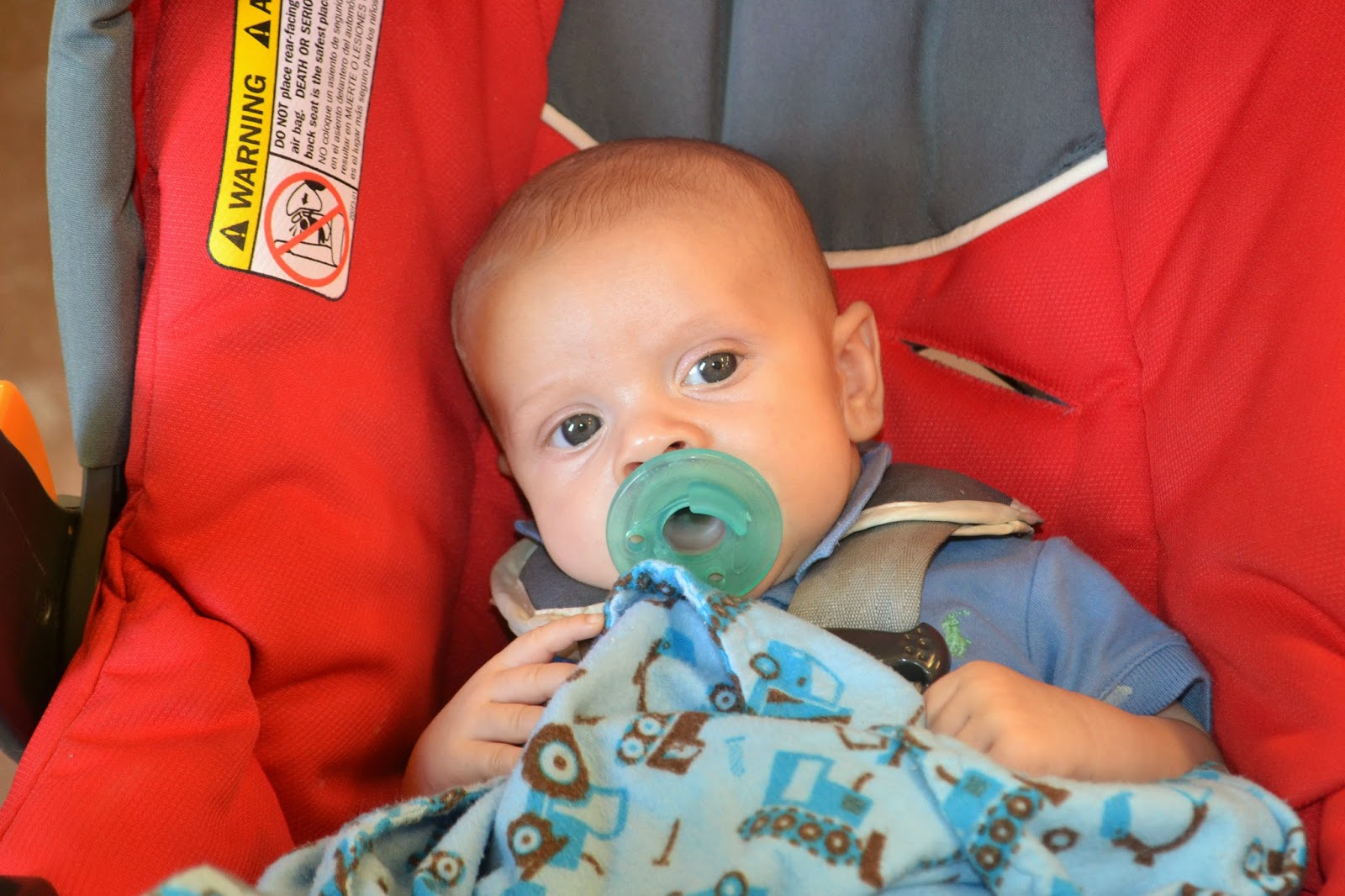 Hunter got to spend a week at Camp I-Vy, for kids with hemophilia.  He had a lot of fun there near Monroe, WA. 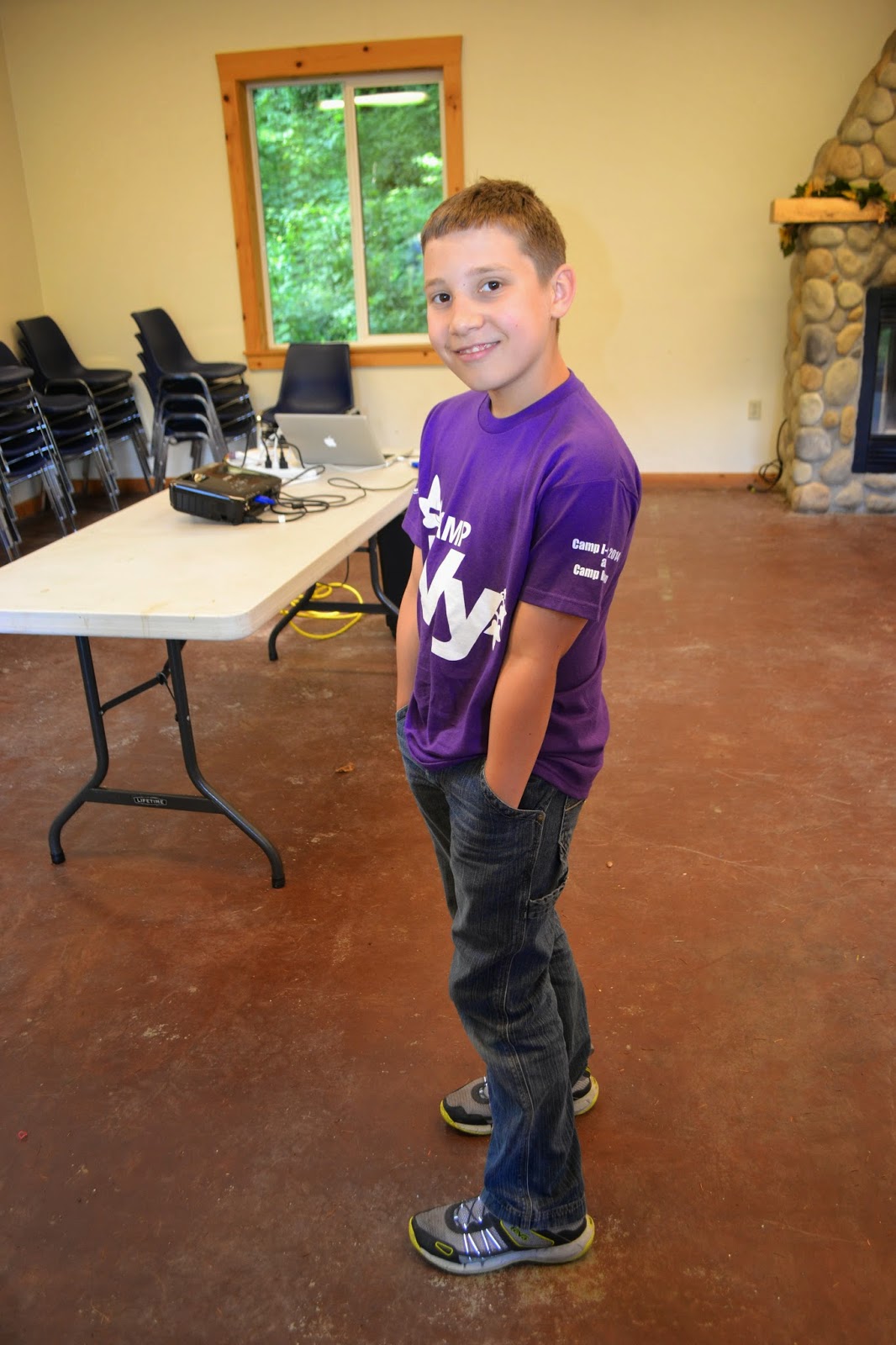 We all went to pick him up at the end of the week.  While in Monroe, we stopped at a reptile museum. 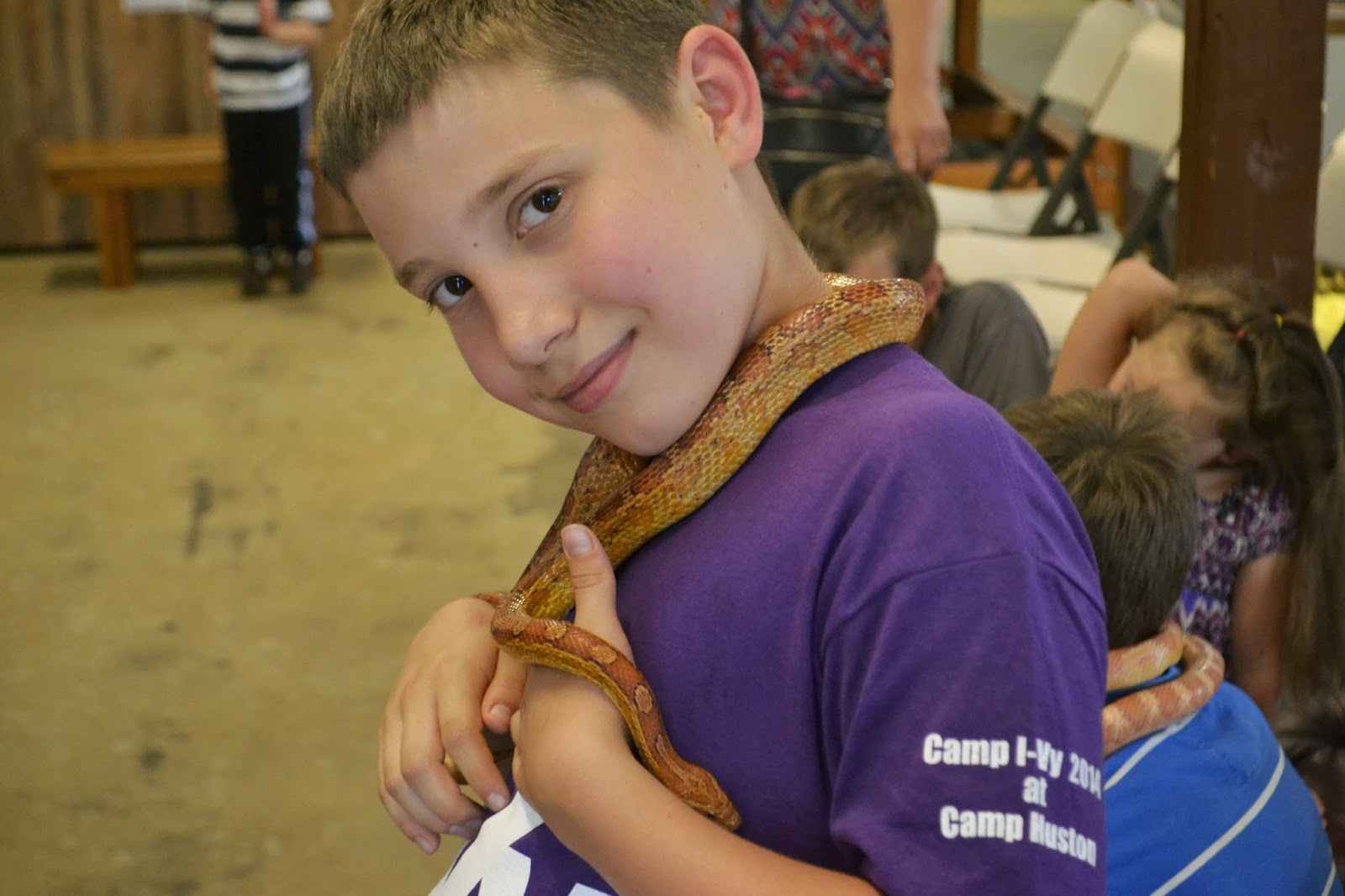 Hunter enjoyed the snakes, and Tristan was particularly fond of this alligator. 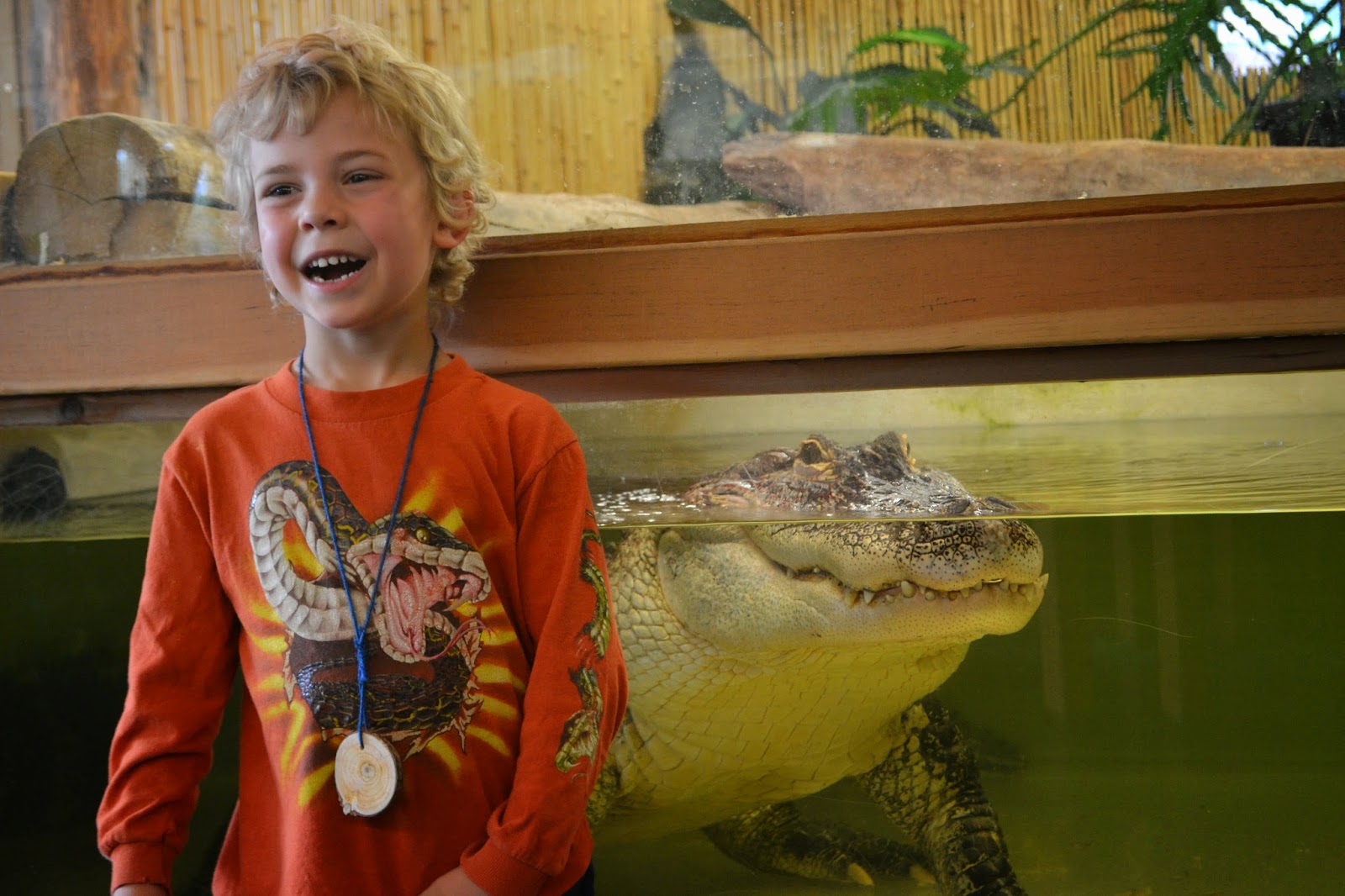 Posted by Living Lavallee at 3:14 PM

Thank you so much, Here you can find DYMO Compatible and colour Labels, DYMO Labels Printers for your business.

We offer A4, A3, A5 or custom sheets in clear or Milky with a minimum order of 200sheets. All sheets will be flatten sheets. Our films are food grade certified.