Still trying to catch up! The week after all the fun in Jeju-do, we went along with Dean to Sokcho, where his unit was having a commander's conference. Families were welcome, and they provided a bus to travel on (not everyone did the bus), and he already had a room, so we just had to buy our own food. With no car, we mostly stuck close to the hotel, except for an outing with the Owens, who did drive separately.  Dean finally got some stuffed squid, which he had been wanting since we were there more than a year ago.  It was actually pretty good!  I didn't care for the whole fried shrimp,  though.  I didn't realize it still had the head and shell on.  Yuck!  Apparently you just eat it like that.  I gave it the thumbs down. 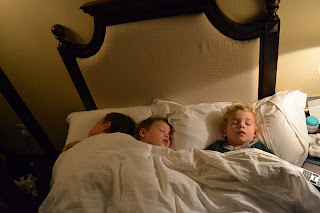 The boys shared a twin bed and sadly,
the Trist-man fell out a few times. 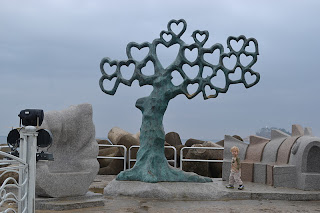 It was overcast and lovely at the beach. 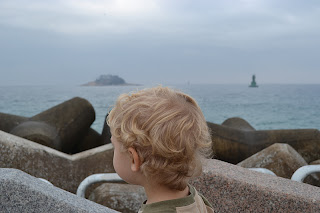 Tristan has been modeling quite a bit lately, and Cambria even had her first gig a week ago. 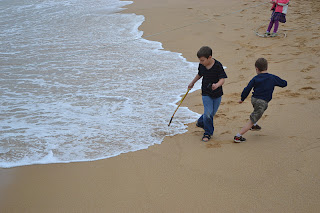 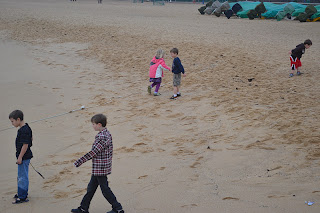 plus the Owens kids. 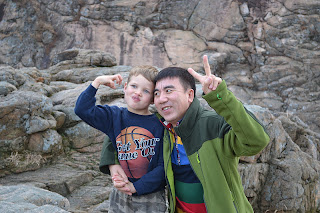 We all went up to Mt. Seorak.  Our kids are a hit throughout Asia.  Dean thought this guy was from Taiwan; he was eager for pictures with the kids. Tristan "just said no" to that, but Kyler is always game. 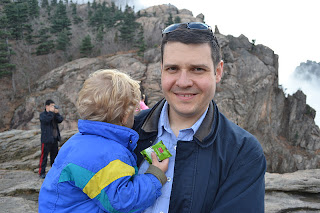 Tristan believes in being carried, and since we didn't bring his green car along, we couldn't do much about it. (I love that man in the picture, by the way). 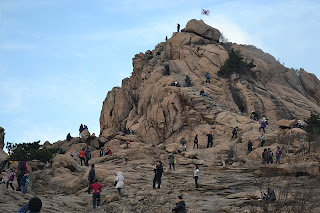 Hunter and Kyler hiked up this mountain pretty far.  Hunter's in there somewhere. 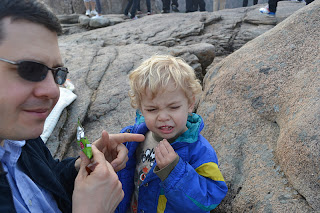 The Taiwanese dude gave Tristan treats, some of  which were wasabi flavored.  Yes, I was prepared with the camera waiting for the perfect shot. 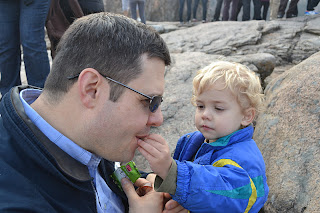 Not good enough for Tristan, but grrrrrrreat for Daddy! 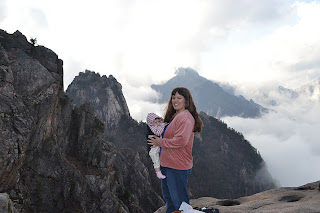 Yes, Cambria and I were there as well.  This reminds me - I still have some baby weight to lose x 2. 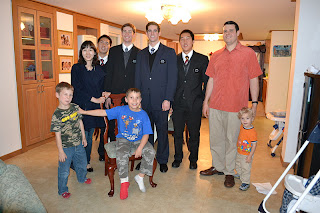 Then we returned home to recover!  And prepare for a second Thanksgiving feast.  The first was with Uncle Louis and Aunt Louise when they came from Russia about a week before.  Then we got to host four missionaries (much like last year), and Dr. Kim (a civilian vet at work) was able to come as well.  Fun times! 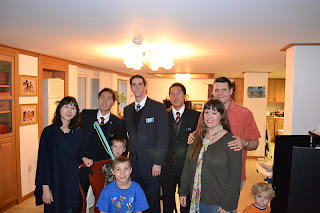 And, we finally learned on Friday that Dean made the promotions list, meaning he is now "promotable" to major.  We'll see if it happens before he's outta the army.
Posted by Living Lavallee at 11:10 PM

You are always out having fun!

Cute pictures...I love to see all you adventures. The heart tree was cool too