We had Veterans Day off and decided to go out of Seoul just a bit to visit the Korean Folk Village.  It actually cost about $35 for the family, which is fine, but most museums and such here are either free or just a couple thousand won (couple of dollars).  It was fantastic, though, kind of like a little Nauvoo with many houses and shrines and working shops to visit.  The kids really liked the jail. 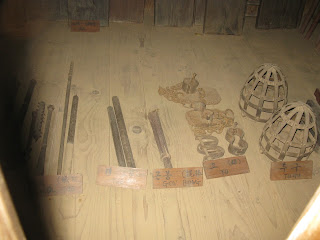 These are some instruments of discipline. 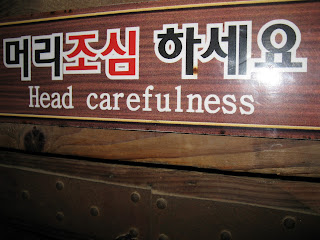 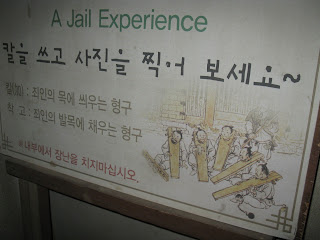 It didn't say what people had to do to earn these punishments. 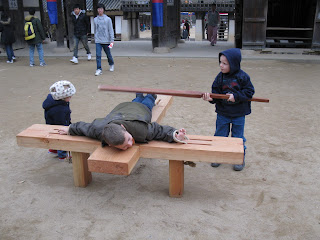 Kyler exercised some much-needed discipline on Hunter, ha ha.  A group of Korean teenagers or young adults were having a merry time taking turns "disciplining" each other as well.

This guy weaves.  There were other people spinning thread, making baskets, gardening (real gardens), and much more. 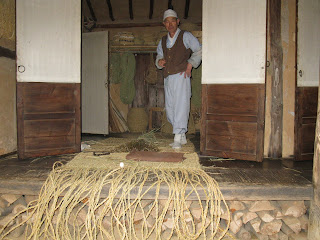 This is a real black smith shop, and this guy was making farm implements. 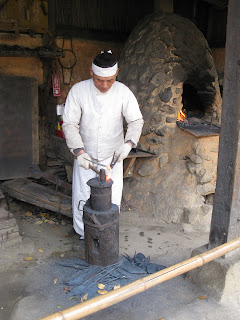 This is one loooooong kiln for baking the pottery that artisans make. 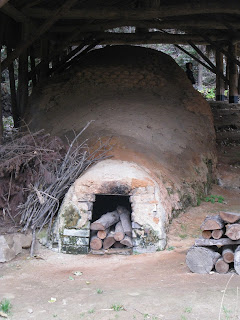 We had lunch in one of the restaurants, which was very good.  All the employees in the village wore traditional dress of some sort, such as this lovely Hanbok. 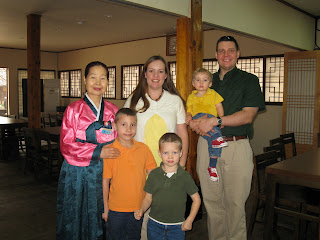 It was a lovely fall day, and we were glad to get out of town and away from the G-20 excitement. 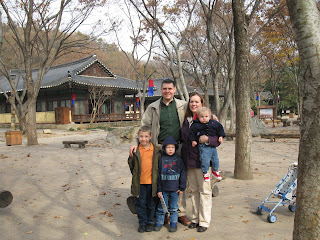 These guys were fantastic.  A group of about 20 young men danced while making music.  It went on for about half an hour, and they all knew their parts perfectly.  These guys did the main percussion music; others had long ribbons on their head gear which they whipped around in unison while using smaller drums.  Even Tristan was mesmerized for most of it. 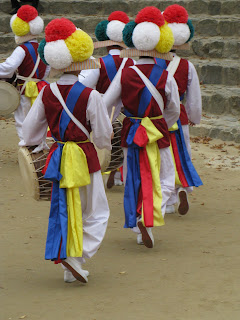 This guy put on quite the show as a tight-rope walker.  He was older, too, which was interesting.  He did a lot of "tricks" up on the rope. 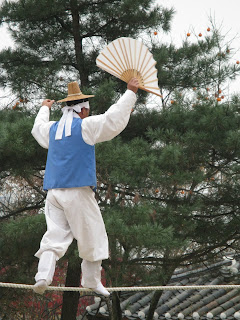 The buildings near the village were pretty authentic, including the local 7-11. 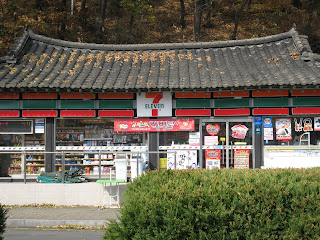 As forecasted, it rained heavily mid afternoon, but we had seen enough by then and were all tired out and ready to go home. 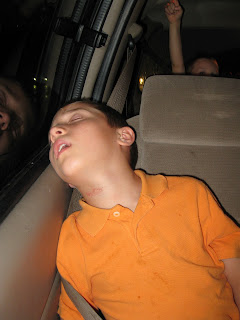 Posted by Living Lavallee at 10:11 PM

This is such a great experience for your family!! Not many people get to see first hand what goes on in other cultures. So glad you are enjoying your new adventure:)

Just found your blog! We may have to head to the Korean Folk Village this week. Looks fun!