On the Road Again

Well, we made it here to Jacksonville, NC. That would be Kyler, my mom and myself. Dean made the long drive (from Astoria, OR) starting on August 12. Hunter got to fly most of the way over the Labor Day weekend. We saw Uncle Bro for the last time in Portland. 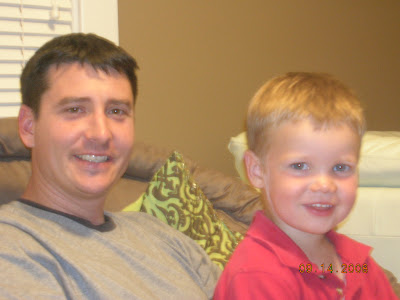 We went up north a bit to see Mt Rushmore, and swung by Devil's Tower along the way. 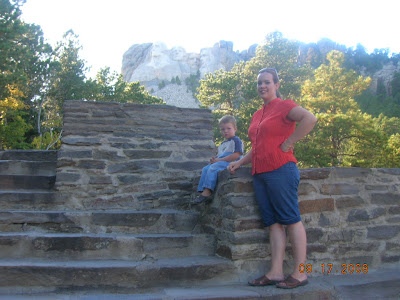 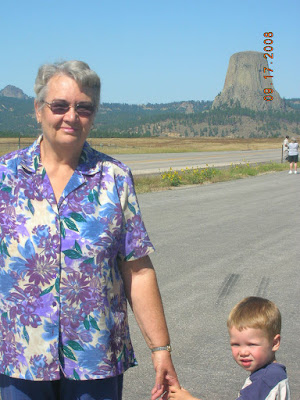 In Murdo, SD we saw this strange vehicle and had to take a picture of the inside and out - red neck limo perhaps? 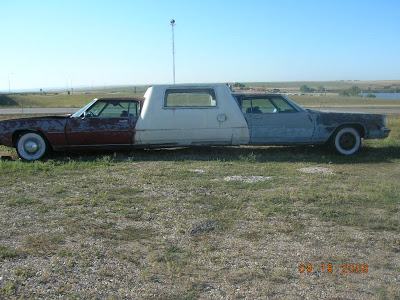 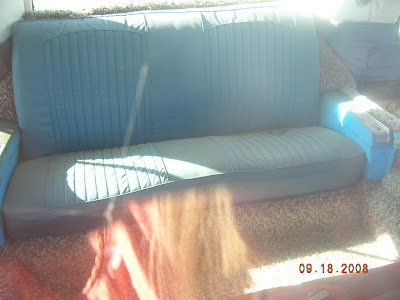 Somewhere in Iowa we saw a real Dutch windmill, which was taken apart in the old world and reassembled in Iowa. We even ate at the Dutch restaurant next door. 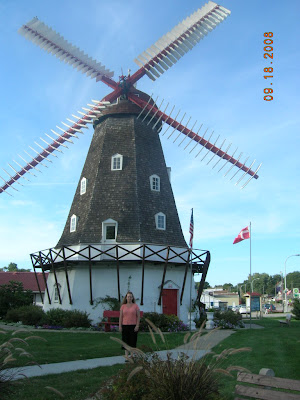 We swung by the mammoth caves in Kentucky. 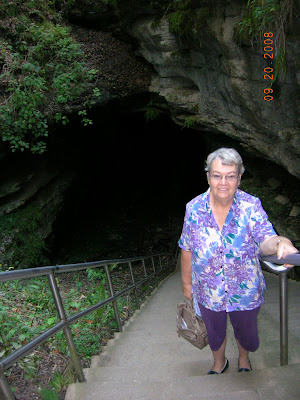 And then we finally got to our new home Sunday evening, one week after departing Astoria. Ugh. Needless to say we are glad to be done driving, but not necessarily looking forward to all these boxes needing to be unpacked; they arrived Saturday. I finally got to see Dean in his Army Combat Uniform (ACUs). He is slimmer than ever and looking good, and now I don't have to nag him about keeping his hair cut. He is still learning and figuring things out. As a Captain, lower ranks are supposed to salute him, but not having been through the training himself he's not always sure exactly how it works (he is scheduled to attend the three-month Officers' Basic starting in January). So sometimes the Marines will grunt a "hoorah" at him in passing. He's going to ask the Sergeant Major in their unit (the Veterinary Treatment Facility) what he's supposed to do with that, when he remembers. They are pretty much the only Army people in Camp Lejeune (he did see some Army Reservists today, which was noteworthy.) The Navy supplies the medical people for the base (human medicine). 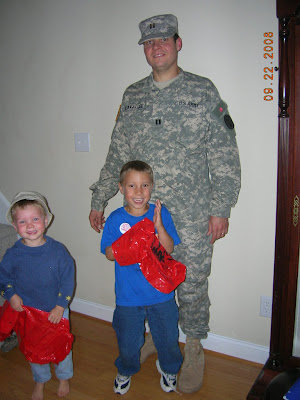 If you're wondering what the Army (or Marines for that matter, since this is a Marine base) needs veterinarians for, he has done a number of things so far: inspected a Sara Lee factory (they supply some products in the Commissary); inspected the Commissary (they oversee all the food inspection stuff); examinations and surgeries on the "working dogs" (they sniff bombs, and bomb planters; some were recently deployed); and there is always training, such as what to do when you are taking fire in your humvee, and hand to hand combat techniques; and they see the pets of the Marines in the clinic on the base. He is enjoying it all so far. He took us for a little tour on the base today. He says the Marines have been very nice so far. 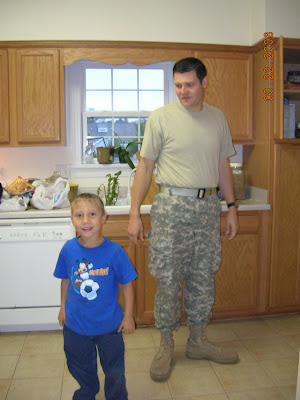 Hunter and Kyler were so excited to see each other! They hugged and kissed and have said repeatedly "I like you!" So sweet! Who knew that they would miss each other? 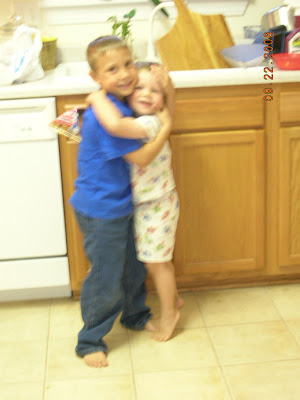 I found this cute little dress for the boys' cousin (a girl). Kyler discovered it, and can never resist a pretty dress... 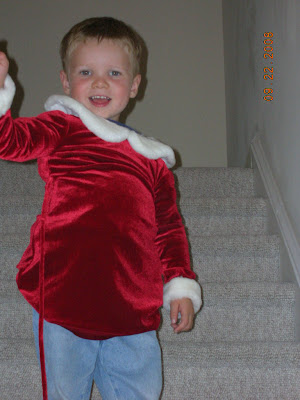 Posted by Living Lavallee at 10:00 AM

Cute pictures--glad you made the long trip safely and are all together again. That's always a good feeling.

Becky, Looks like you are getting the hang of ARMY life. Your boys are getting so big! I wish you the best. Keep in touch. Good luck unpacking! Yucky! Sara

I am glad you had a safe trip. Sounds like you saw a lot of great places. The best advice we got was to make a vacation out of it. Hey, the military is paying for it. The Marines do say Oorah a lot. When one says Oorah to Don he says Semper Fi. I don't know what the army would do either. They have their weird little things they do. Your husband will get it in no time and will do great! We used to take our cat to the vet at Miramar and they were awesome. Thanks for the potty training advice. We will try it. Good luck unpacking. That is my least favorite part too.