Holding down the Fort 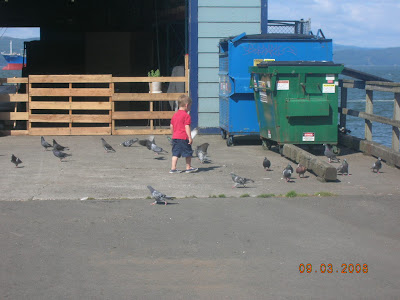 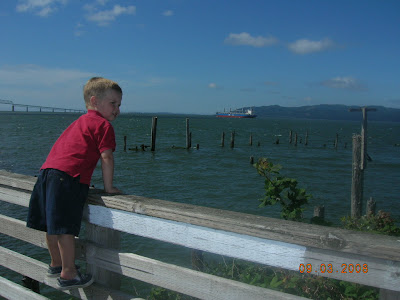 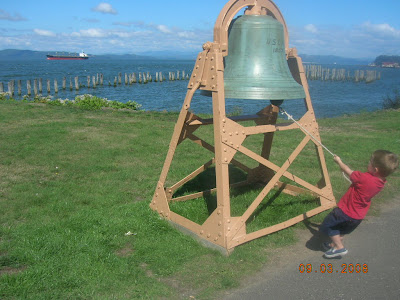 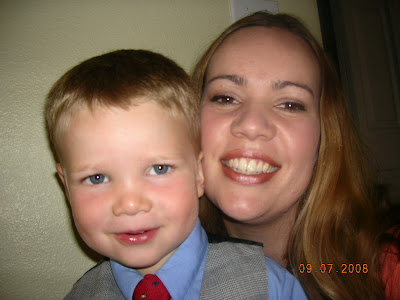 So Kyler and I are here in Astoria for another week. It is so much easier just having him around! Hunter demands tons of mental energy, so Dean is enjoying him and getting worked over by him at the same time. They survived the hurricane that went through the Carolinas over the weekend. They had strong winds and rain for a few hours over night. The typhoon we had here in Oregon in December was much worse, causing much more damage and it lasted two days!
I took Kyler down to the pier this week and we looked at those lazy, bachelor sea lions that lie around barking. Apparently they are losers who can't get girlfriends down the coast, so they come back here to hang out. We also rode the trolley and tried out a barbecue restaurant for lunch, and took a walk along the river front. There are so many exciting things (birds to feed - Grandma Dee would be proud, bell to ring, ships to watch), and we picked a few blackberries to snack on.
We are very blessed to finally have a buyer for the house! A lady called from Colorado Springs, CO and wants to do a lease/purchase. She's moving here to buy a candy/ice cream shop in town, and we are very happy to sell to her.
I am going to start driving out (if everything goes as planned) next Sunday. My mom is flying up to Portland late Sunday afternoon, so I'll pick her up there and we'll head out. Kyler doesn't much understand what's coming - a week in the car. He turned three this past week (9/2), by the way, and Hunter turns six on Tuesday (9/9).
Posted by Living Lavallee at 7:43 AM

Best of Luck to you on your trip! I'm so glad you found a buyer! Let us know how life is on the "other coast".

I hope the bird-feeding wasn't too dangerous! the couple of times that Ron and I tried it, the birds got vicious and started attacking us when we were out of bread.... :)

We hope you have a safe trip!! what time are you guys heading out? we might be able to time our sunday dinner to have you over!

I too am glad you found a buyer and now can move and get back together with your family. What a great new adventure for all of you to embark on! I'm not envious of all the work involved however. Good luck with all of that.