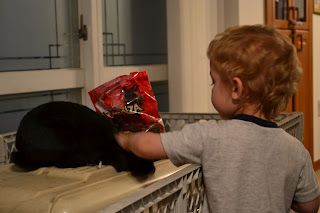 torment play with the bunny, 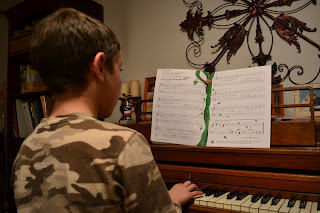 develop their talents (at least a time or two), 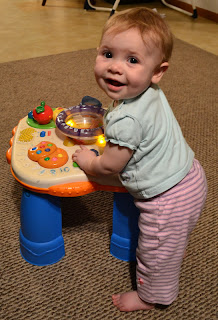 learn to stand on their own, 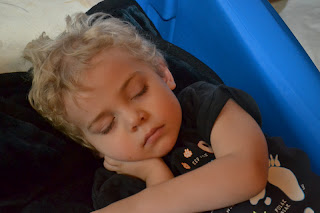 and be precious angels, 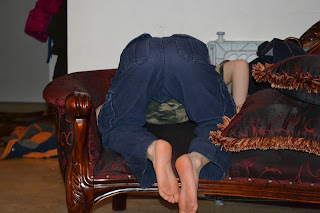 except when they are wailing
and gnashing. 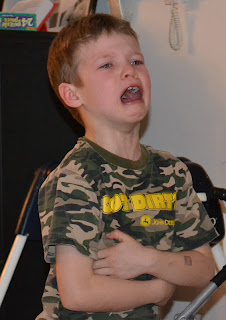 I don't remember what the offense was here, but Kyler is a very sensitive child, who enjoys besieging others, but doesn't like to be on the receiving end.
In church on Sunday the children sang a song they've been learning in Primary.  Hunter, all on his own, danced gyrated (arms in the air, spinning around) throughout the song (he's nine).  Fortnuately, a four-year old sang as loud as the rest of the primary together (I'm relieved to report that Hunter has given up that role) so the focus was on that kid, who was a little off (ahead or behind) the rest of the primary.  It was all most entertaining.
We are all over the flu, except for Dean and Hunter who were spared.  It took me the longest to recover, at nine days.  Cambria did the best with it, as she was the only one who got Tamiflu.  I've ingested more ibuprofen, acetaminophen, decongestants, etc. the last few weeks than I have in probably the last ten years.  As if the flu wasn't enough, my face started hurting like crazy toward the end of the flu, and I first thought it was a tooth ache (not another root canal?!), but alas turned out to be a sinus infection.  It took a week of antibiotics (after a four-hour wait in the ER during a holiday weekend) for the pain  to end.  I am not yet well.
Dean has been in the U.S. for a veterinary conference in Las Vegas, and then to attend to some business.  We may have very exciting news soon, but maybe not.  So when there is something to tell, I will.  Our time here is winding down with less than four months to go!
Posted by Living Lavallee at 12:14 PM

Always love the photos. We are anxious to hear the upcoming news!

I'm glad you're starting to feel better. Sounds like you had a bad run of sickness. I can't wait to hear if you have some good news!