I'm so far behind I hardly know where to begin... I guess I'll go backwards.
We are sure excited to be reunited with Pancho again after he spent two years with his "Grandmother". He loves to go into our closet (aka his "lover hole") and nest for Dean (biting holes in my clothes). 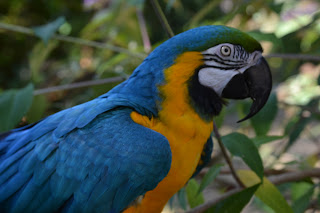 On Labor Day the clinic was closed, so we spent a relaxing day at home in the morning, then went to the home of my second cousin that I discovered here, Monica A.  Her dad is Lonnie L., my dad's first cousin.  It's such a small world, especially in the church. They have a wonderful family and it was fun to look through family/Ramah books with our common ancestors. She looks a lot like her dad, and she thinks I look like some of the pioneerish women in the books (hmmm - makeup helps me a lot). 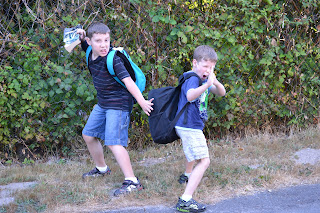 Back at home, Dean gave the boys blessings to start off the school year on Tuesday, Kyler in first grade, and Hunter in fifth.  The schools here are supposed to be excellent, and this one is down the block from the clinic. They get on the bus at 8:39 and return home at 3:50, which suits me great! It's not such a draining disaster trying to get them out the door in the morning on time. Tristan and Cambria enjoy walking them to the bus stop. I decided to let them eat school lunches, which saves Dean a lot of work, since he had taken on the role of preparing them. The lunches are supposed to be pretty healthy at the school, albeit costly. We may rethink it when all the kids are in school. 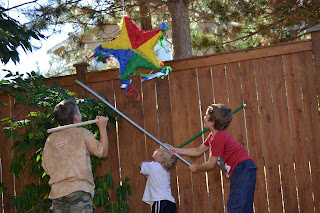 On Sunday we had the Hildebrands over for games - and they brought dinner, which was especially nice on a Fast Sunday.  It was also Kyler's birthday - he is now 7!  The boys don't have reason to keep up with the date unless perhaps they are in school, so he had no idea it was coming up.  As usual we are not such good birthday party planners, but at least Bro and Patti were coming up, so we got a pinata (which they've always wanted) and said "surprise" - which Hunter has indicated he would love a surprise party.  His birthday is this coming Sunday.  Bro and Patti brought an ice cream cake, and we made more use of our new grill - which is compliments of Josh (Dean's business partner)...

Since we never did do a one-year party for Cambria, we gave her a piece of cake and stripped her down so she could have at it.  She didn't like sticking her fingers in cold ice cream, and actually made pretty good use of a fork.  Then we went kayaking with Josh and Jessica.  I had been once before in North Carolina.  That time, with the ladies from church, it felt like we were going against the stream the whole time, and it was very difficult.  This time wasn't nearly so challenging, and it was sure beautiful to be out in Gig Harbor on a beautiful day.  Hunter and Kyler did well paddling.  Patti graciously took care of Tristan and Cambria so that I could go.  We had intended to take Tristan as he is forever demanding to ride in a boat.  Instead, he did a freak out and wanted nothing to do with the kayaks.  He pointed to a yacht and said he wanted to ride in that boat. 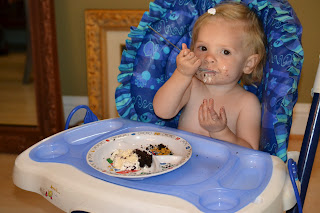 On Friday I met up with Joanna Hildebrand and Kara Olmos at the blueberry park in Tacoma, where the berries are free for the picking.  They were very picked over, and with not-so-diligent helpers, I only came away with about one pound six ounces.  When we've been near blueberry u-pick farms before, I've made a point of stock piling 40 pounds in the freezer to use throughout the year.  I may have to break down and buy some already picked, since time is quite running out for the season.  On the drive back here from NM we stopped at a farm near Yakima, WA, and in a couple of hours (with my mom's help, and the boys were better that day) we picked 9.5 pounds.  It is still blackberry season here, and the boys have picked some for us, and Dean often stops to enjoy as many as he can reach.  They are too tart for me, though! 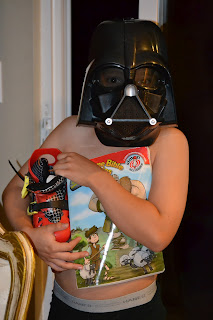 It's good to have a camera handy around here, as you never know what you may find.
Posted by Living Lavallee at 3:08 AM

That is so awesome that you are near the Hildebrands and Olmos'. Sounds like life is wonderful there:)