We were able to host six missionaries for Thanksgiving Dinner this year, which was delightful.  There were two sets of elders and one set of sisters, including a Korean elder and sister, who both spoke English as well.  The sister even speaks Chinese and has had occasion to use it on her mission.  They were most appreciative and, while they love Korean food, were thrilled to have a traditional American Thanksgiving meal - a first for the Koreans, who had never had Turkey or cheesecake.  They arrived in time to help with the finishing touches of the meal (peeling potatoes and setting the table), and one elder carved the turkey.  The Korean elder spotted Dean's Tapatios Hot Sauce (Mexican) and put some on his food.  We had an extra bottle and gave it to him, and it turned out to be his birthday. 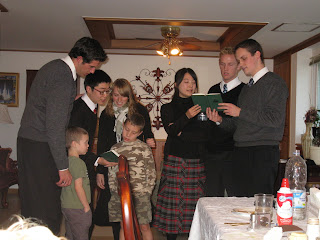 They gave us thank-you cards while they were here, sang Angels We Have Heard on High to us in Korean, and even helped with the dishes.  The American sister brought a Thanksgiving craft and did it with the boys.  It was a Native American headdress in which they were able to write what they were thankful for on each of the paper feathers.  One elder comes from a family of six brothers and two sisters.  I marveled at how his mother had accomplished such a feat, particularly managing so many boys.  He said he does wish he could go back and be more obedient to her.  That gives me hope that my boys may turn out after all.  On a day-to-day basis, I often wonder... 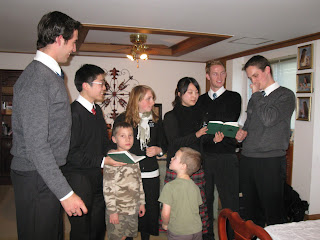 One of the elders is on the Cornell football team.  Ultimately, this is why I have children.  I hope that they will grow up to be such decent, wonderful people as these elders and sisters.  We all went around the table and said what we were most thankful for.  For me, it has to be that we are all here together as a family.  Indeed, we are blessed! 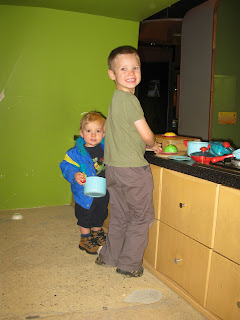 The day after Thanksgiving we decided to check out the children's portion of the Korea National Museum. 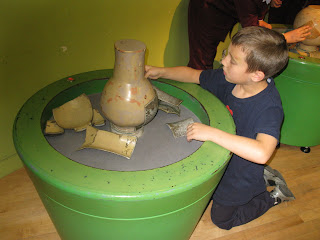 Most of it was in Hangul (Korean).  I would be curious to know what this sign says. 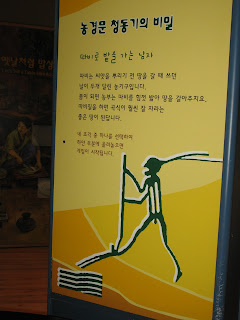 Earlier in the week we were able to participate in a pottery making activity for Dean's unit.  Tristan was the star of the show, as usual.  This lady is an officer in the Korean Army. 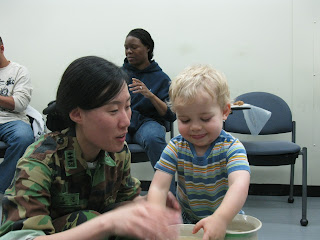 It's always amazing to watch a master potter at work.  He did most of it, so that our pieces will actually be nice.  Kyler didn't want to throw a pot on the wheel, surprisingly.  Sometimes he has a shy streak. 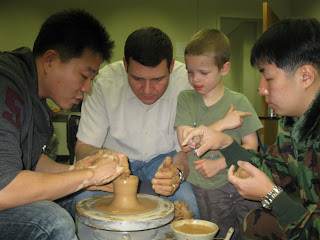 There's no point in putting anything in the lower drawers around here.  They are the Trist-man's domain. 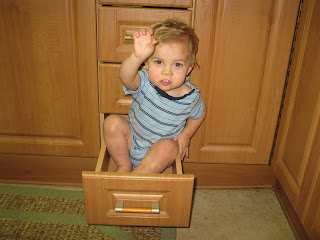 Dean had to go to work in his dress uniform recently, to be inspected in preparation for the Christmas ball at the end of this week. 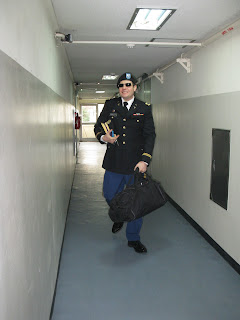 Posted by Living Lavallee at 7:58 AM

I like all the pictures and your comments. What a great way to enjoy Thanksgiving and life in Korea! I would love to take a pottery throwing class!